Why Children Are Healthier, Happier, and Achieve More When in Control of Their Own Lives and Educations

by Cassi Clausen and Aaron Browder
foreword by Peter Gray 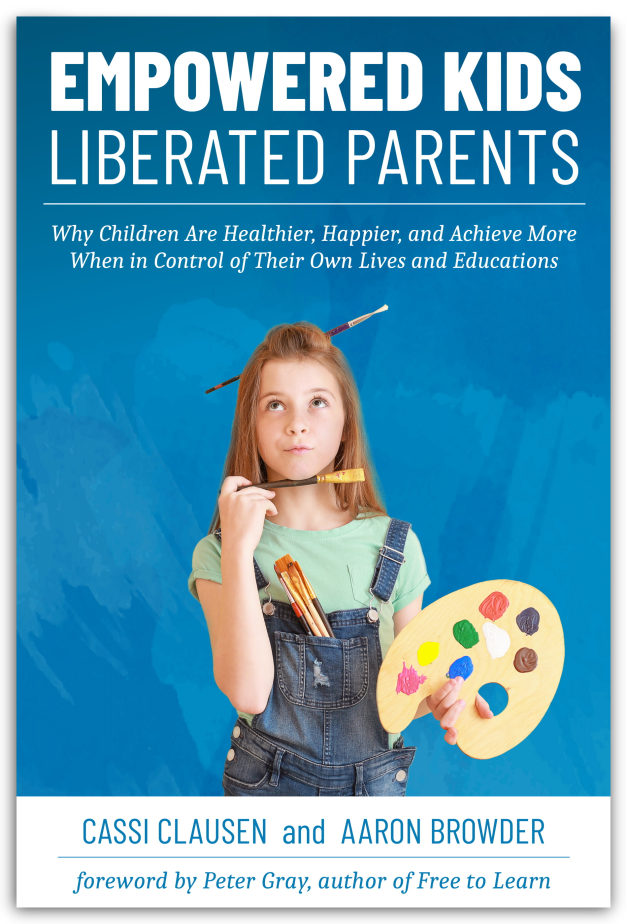 More than ever before, schools are training children to do little other than follow directions, conform to standards, and memorize facts they can now look up anytime. Meanwhile, the phenomena of helicopter parenting, packing resumes for college, and mountains of homework mean that children have less time than ever before in history to play and explore, resulting in record high levels of anxiety and depression for kids.

To be successful in the 21st century, our children will need to be independent, creative, and able to learn new things all the time. What if instead of piloting them, we allowed children to make choices and learn from their mistakes? What if we allowed them to follow their own passions? What if increasing independence is the way nature intended children to grow up?

Empowered Kids, Liberated Parents draws on contemporary research as well as the experiences of self-directed schools, like the one the authors founded in 2015, to persuade parents to grant their children more freedom. Along the way, it tackles many of the most important issues of our time, including safety, screen time, mental health, literacy and math, and character education.

Cassi Clausen is a mother of three with a Master’s of Education from University of Missouri St. Louis and a Master’s of Arts from University of London, Goldsmith’s College. She taught at a private college prep high school for 3 years, and tutored in Spanish and English for about 8 years. Her introduction to the Summerhill school, the oldest democratic school in the world, in a college course led her to begin questioning conventional education. This culminated in her founding The Open School in Orange County, California.

Aaron joined The Open School’s staff in its second year, bringing a Bachelor’s degree in engineering physics and a professional background in software development. Having grown up in conventional schooling, Aaron came around to Self-Directed Education by reading almost every book on the subject, chronicling his process of discovery in his writing.