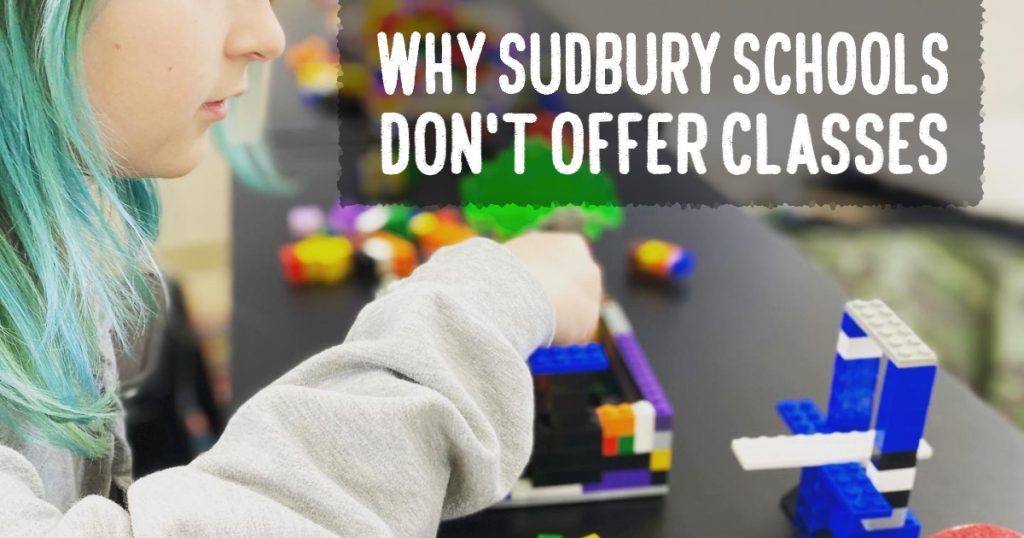 It’s easy enough to find flaws in the conventional classroom. A teacher lecturing to a group of twenty or thirty students, each at a different level of understanding, is not a great model for learning. And signing kids up for a bunch of subjects they have no interest in is just going to be a daily battle and won’t result in much actual learning.

Most people can accept that this model is flawed, but many would say that abandoning classes entirely is like throwing the baby out with the bathwater.

Why then do Sudbury model schools like The Open School not have classes? And how do we expect children to learn everything they need to know without classes?

First, let me digress by saying that many self-directed schools or learning centers do offer classes, but children may choose not to attend without repercussion. Offering classes doesn’t disqualify a school from being “self-directed.”

Summerhill School in England, for example, has a full daily schedule of classes, along with teachers on staff to teach them. Summerhill is more than one hundred years old, and could be considered the grandfather of Self-Directed Education. It directly inspired the famous pioneers of unschooling and self-directed schooling, John Holt and Daniel Greenberg.

I had the pleasure of visiting Summerhill recently for its 100 year anniversary celebration. Listening to their staff speak, I was struck by how similar their philosophy of learning is to that of my own school, despite a significant difference in structure. You could not tell us apart by our philosophy.

Classes at Summerhill are entirely voluntary. Some students spend their entire childhood at Summerhill and never attend a class, and nobody bats an eye. Yet most students do attend classes regularly. Younger students (in the 5 to 10 range) attend classes less often, as you might expect, since they’re so busy playing. Class for younger students is set up more like what you might see in a play-based preschool, with materials (like art and science equipment) taken out for the children to play with under supervision. For the teens and preteens, the classes are more recognizable as such, with instruction and classwork.

After my visit I puzzled over this difference in structure. If the staff at Summerhill and the staff at The Open School agree wholeheartedly on the principles of Self-Directed Education, why do we come to such different conclusions about classes? Who is right and who is wrong?

I don’t think there is a right or wrong answer. Rather, the choices we make depend on a variety of factors.

Some factors are purely historical. Summerhill was based on other boarding schools in England in 1921, and it was already a very radical departure for them to make classes voluntary. I’m not sure anyone at Summerhill, student or staff, ever complained about the school offering classes, but if they had, you would have to consider the consequences of amputating that structure from an established school. How many parents would feel betrayed and pull their children out?

Sudbury Valley School (on which The Open School is based), on the other hand, opened in 1968 with essentially nothing other than a building and a bunch of kids and staff. There was no expectation from anyone that the school would offer classes. The Sudbury founders explained that they wanted to start with a blank slate and only add structures as the need arose, so they would not be stuck with anything for purely historical reasons. In fifty years, the need for classes never arose. 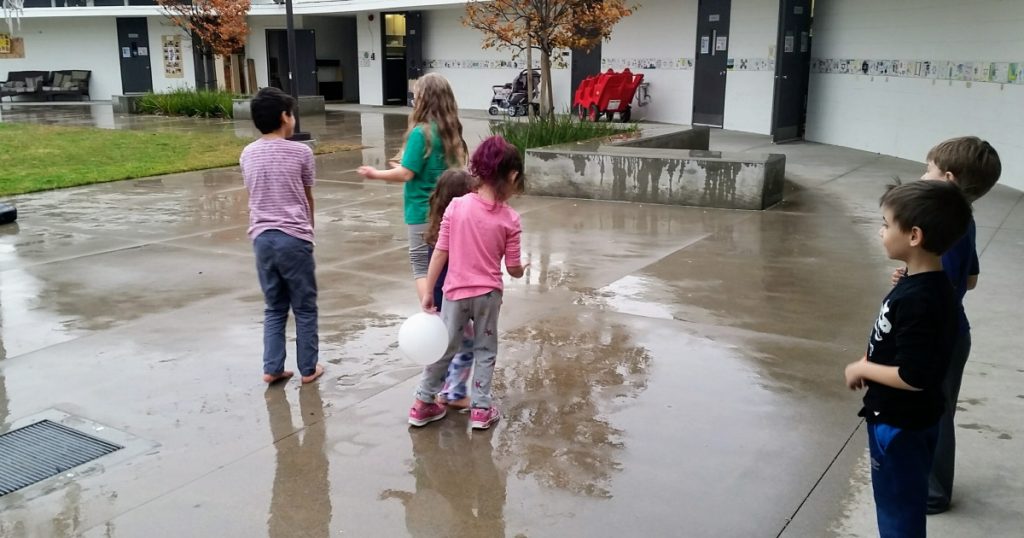 This is not to say that classes never happen at Sudbury model schools. They do. But they only happen when a student asks for them, and they go away once the kids stop coming. For example, I’ve given piano lessons to a few students at The Open School. I’ve also taught several video game programming classes, as that is a popular topic among teenagers. I facilitated a weekly chemistry workshop for one student who was interested in chemistry and thought he might like to pursue that subject in college. The list goes on.

This process of on-demand instruction is very different from what happens at Summerhill and conventional schools, which have set schedules of classes that are determined by staff and will be held whether or not any students show up.

I tell the above stories of classes at The Open School at risk of giving the wrong impression. In reality, most students never ask for a class and never attend a class. It is a relatively rare occurrence. So when I say that Sudbury model schools don’t have classes, I’m not trying to trick you into thinking that classes never happen, but to give you a realistic expectation—classes are not core to the model and they certainly aren’t necessary in order for children to learn.

Parents of our students sometimes bemoan the lack of classes. They understand that our school offers classes to students who ask, but their child is not asking, and this is a problem. They think we are making it too hard for students to get access to classes. Other schools simply have a list on the wall and students can sign up—much easier.

One student told her mother she was interested in learning to draw. Mom replied, “You could ask the staff at school to teach you. Do you want to do that?” The girl said yes. Later, mom asked how the drawing was going. The girl, who had not talked to staff, said, “They won’t teach me. They’re too busy.” Mom called us and wondered why we wouldn’t teach her daughter to draw.

Now the mom thinks it is very difficult for a student to get instruction at The Open School. The reality is that it’s easy for a child to say to her parents she wants to learn something, especially since her parents are expecting her to want to learn and she doesn’t want to let her parents down. But when it comes time to actually ask a staff for the class, or attend the class, the rubber hits the road and it may turn out that she doesn’t actually want to go through with it. Then how is she to respond to her parents? She doesn’t want them to be disappointed in her, so she takes the easy way out and blames the staff. 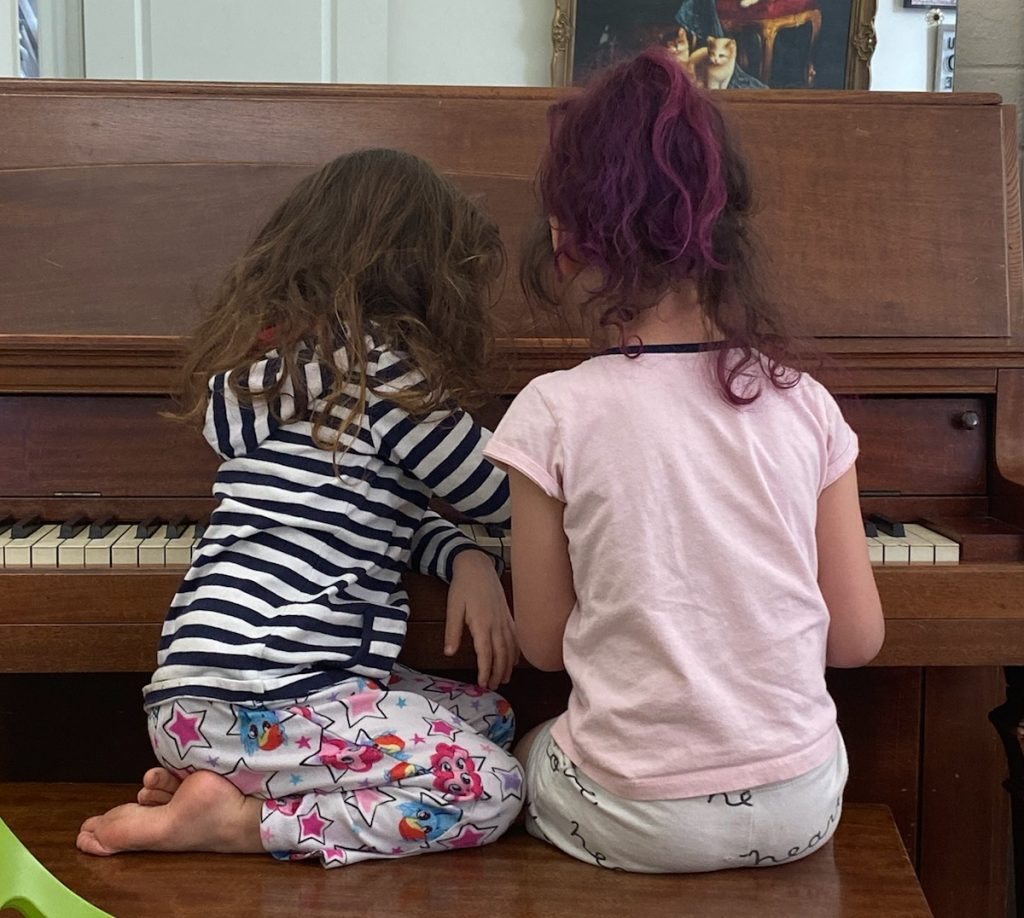 If she had asked us, we would have gladly taught her. Staff at The Open School enjoy spending time with kids and especially love sharing our passions with those who are interested. But the school is not about us. It’s about the kids. And we know that kids can learn just fine without us, so if they aren’t asking us for help, we aren’t worried. Parents don’t need to worry either.

There is, in reality, no need for this girl to take a drawing class. The Open School has never had a drawing class, yet we have many, many students who are very talented artists. There are so many resources available for modern children, YouTube chief among them, to learn whatever they want without needing to go to a teacher or parent. They also have access to peers—many of them older, since we do not segregate students into classrooms by age—to observe, imitate, and sometimes even get advice. And of course, practice makes perfect.

Another time, a teenage boy was considering studying physics and was talking to his parents about this. They nearly signed him up for a physics class outside The Open School. I heard about this through the grapevine and told him I had a physics degree and could teach him if he wanted. He said no, he wasn’t interested. He ended up exploring and dabbling in other subjects on his own instead.

It’s so easy for a child to say, “I want to learn physics.” Those words don’t mean he will actually enjoy learning physics once he gets started. It would be tragic if uttering those words caused him to become enrolled in a class that was then hard to get out of. We owe it to our children to let them speak their minds freely without fear of being forced into something.

The Danger of Expectations

Parents should try to relax their expectations. Be prepared to accept your child no matter what they do with their time, and make sure they know they are accepted no matter what.

A school can influence this dynamic. If the school has a list of classes and it’s normal for students to attend them, a new student will assume they are “supposed to” attend classes and will sign up whether they have any interest in the subject or not. If they are really stubborn and choose not to sign up, they will probably be left with some anxiety about not living up to their community’s expectations.

If they do sign up, they will probably not do well (because brains don’t retain information they don’t authentically care about), and they will feel anxious about not doing well. Parents can easily exacerbate this problem by having their own expectations, conscious or unconscious.

In the worst case we end up back at square one with conventional classrooms and all their many flaws.