Are You Expecting Too Much? 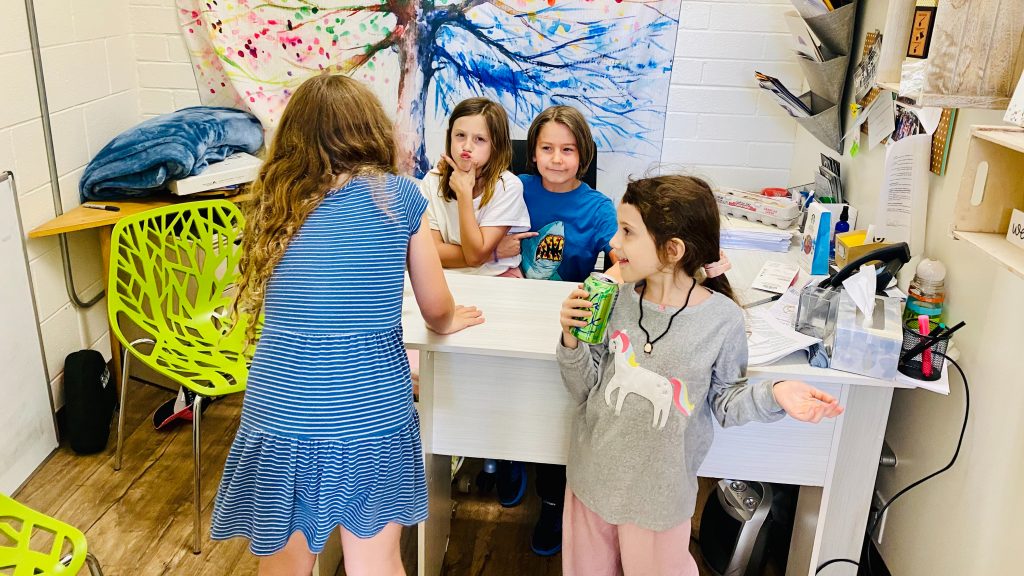 It’s natural as parents to want our kids to have a better life than we had. We just know that with the right parenting recipe, we can steer our children toward greatness.

This is the basic idea behind education as well. Even parents who opt out of the conventional educational model—with its set curriculum and testing—usually expect that their children will become experts or masters at something during their childhood.

Seems fine, right? But there is a hidden dark side to parental expectations.

It’s not really so hidden. Parental expectations are the central theme of recent Disney movies like Encanto and Turning Red.

In Encanto, the grandmother expects all her grandchildren to be perfect by exercising their “gifts” (superpowers) to support the town. She is also disappointed in the protagonist, the only child who does not have a gift. This results in dysfunction all around. It can only be resolved when the grandmother learns to value her grandchildren as people rather than simply as bearers of gifts.

Modern parents get this. It’s not hard to understand that no child should feel rejected by their own parents. We want children to feel accepted and to know that they are loved no matter what they do.

On the other hand, it’s important for us to encourage our kids to try their best. We’re especially afraid that they will languish and it will be our fault for not encouraging them enough.

Are we simply forced to choose between two evils?

No. It’s not that we shouldn’t expect anything at all from our children. It’s about learning to separate realistic expectations from unrealistic ones.

Childhood as a Marathon

Let’s think of childhood as a marathon, with the “finish line” being leaving home at 18 or 19.  Followed by going to college, getting a job, and doing something otherwise impressive.

I think this is reasonable because almost all children are able to accomplish this. And it’s reasonable to expect an adult to contribute meaningfully to their society.

We’d like to set up milestones along the way, because we don’t want to just be blind and wait until 18 to find out whether they “made it.” The marathon metaphor is nice because we can think of the milestones as literal stones set up at mile intervals.

When we try to set up milestones in childhood we immediately run into a bunch of problems.

The first problem is that a milestone may be entirely unrealistic. Take reading for example. It’s common for schools to expect children to be able to read by age 6 or 7. Yet research has shown that reading is not developmentally appropriate until around age 8. So in this case, expecting a child to be able to read at age 7 is unrealistic.

Schools have long been trying to push the reading age lower and lower. The idea is that the earlier children can read, the more academic learning can be crammed into childhood. In other words, they think they can make children smarter with the right mental engineering.

What these schools are actually doing is breaking children by expecting them to do things that their brains are literally not capable of doing. 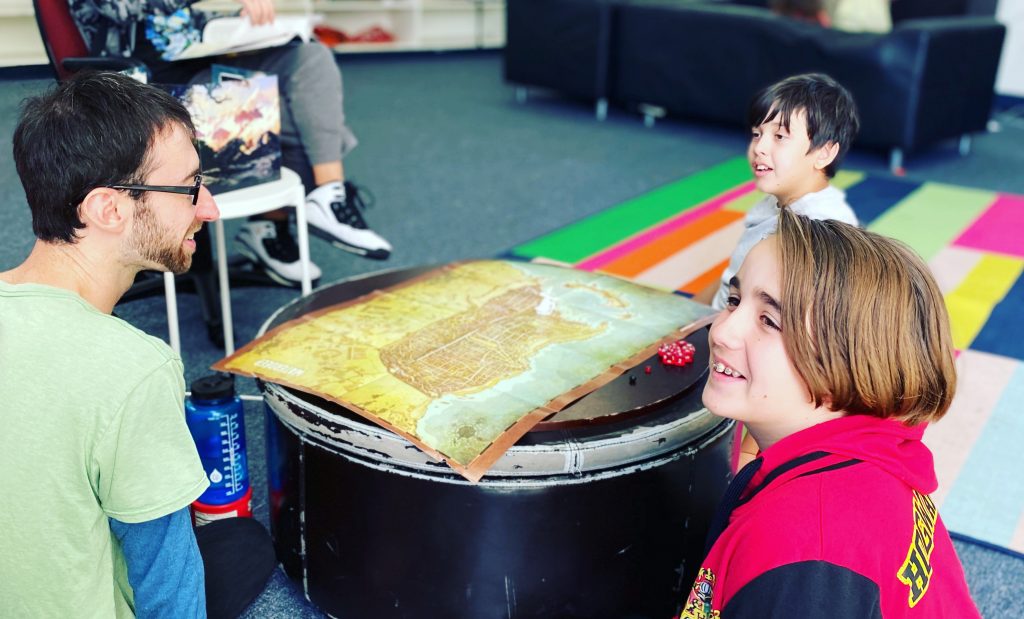 Here is a second problem with milestones: Just because many children are capable of reaching a milestone doesn’t mean that all of them are.

Let’s take the most benign possible expectation as an example. Every good parent wants their children to be happy. But what if a parent does everything they can to make their child happy, and the child feels unhappy?

What can happen is that the parent feels like a failure. And the child blames themselves for making the parent feel this way. The child may even pretend to be happy to protect their parent.

It’s completely normal for a teenager to go through a depression phase. So even expecting a child to be happy is an unrealistic expectation. Instead, we should tell them that feeling down sometimes is normal and we will get through this together.

We can hope our children reach a certain milestone, but we have to confront the possibility that they will not reach it on time. In that case, we must still accept them, and they must know that they will be accepted no matter what. The only way to do this is to take down the milestone.

The Point of Self-Directed Education

Conventional schools use grades and tests to see how children measure up to milestones. If you’re reading this blog you likely agree that testing is a pretty shallow and ineffective way to measure child development.

But most parents would be uncomfortable with having no milestones at all for their children. Especially if they are sending their child to a school (like The Open School) where they can’t see what’s going on in their child’s daily experience or have any control over it.

Many parents think that the “point” of Self-Directed Education is that their child discovers “their passion” at a relatively young age and then becomes an early master. (I’ll admit that we SDE popularizers are often guilty of planting this idea in people’s heads.)

This is actually an unrealistic expectation, since almost no child accomplishes it, regardless of what kind of school they go to. They may go to a “specialist” school like an art school, but that doesn’t mean they’ve found “their passion.” Consider that most people who graduate from college end up working in a field that’s unrelated to their degree—and this is adults we’re talking about. 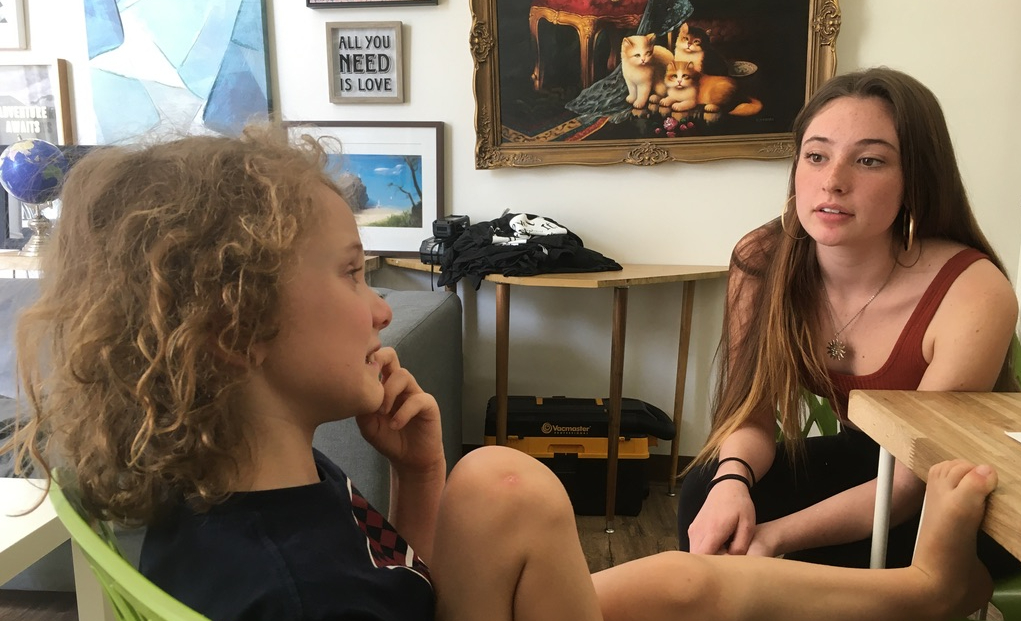 And if we do expect them to find their passion at, say, age 12, what will happen when they don’t find it? Will you be disappointed in them? Don’t you agree that it’s unproductive to be disappointed in a child about something that they have no control over?

It’s actually normal for children to spend their entire childhoods exploring and dabbling. This is what we see in self-directed environments like The Open School. This is healthy because there are so many different paths, it would be foolish to settle down too early without having charted a vast territory.

What Milestones Can We Use?

Now I think we’re in a position to answer the question: What milestones can we use in Self-Directed Education?

We can expect that our children will eventually reach the finish line, that is, they will become competent enough to move on to college, a job, or something otherwise impressive. So we are looking for general traits like responsibility, independence, drive, curiosity, ability to communicate, and so on.

We can measure a child’s progress by examining these skills. They all happen to be skills that are useful at every stage of childhood. For example, when a child learns how to make their own lunch, they have progressed in independence. This is why Self-Directed Education is so effective: challenges that arise naturally throughout life lead to the development of life skills.

It’s reasonable to expect a child to develop independence at some point. However, it gets thorny when we try to put down a mile marker at a particular age. Just because Mary could make her own lunch at age 8 does not mean that Susie will be able to make her own lunch at 8. All children have different paths, with their ups and downs and switchbacks.

(To be clear, in Self-Directed Education we do not “cause” children to develop any of these skills. They develop them naturally on their own. For example, we don’t try to nurture self-discipline by giving daily assignments or forcing a child to commit to something they have chosen. We trust that they will eventually find something worth committing to.)

So we should set expectations in these areas, but leave our expectations somewhat flexible, since different children develop on different timelines. As with the depression example, our attitude should be “it’s normal to struggle.” Trust that the child wants to become competent.

As a parent, your job is to support your child in whatever challenges come up for them—not to set up your own mile markers in their marathon.