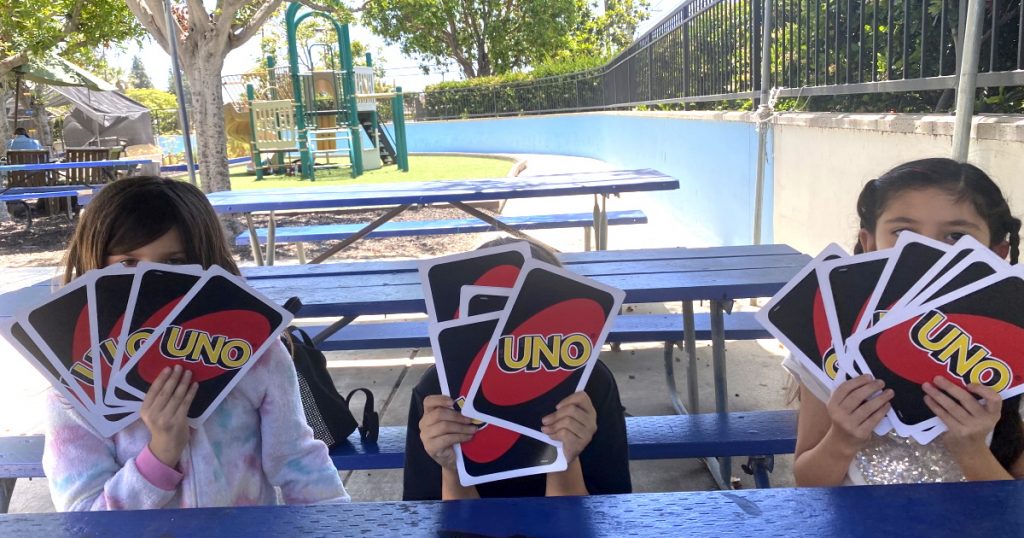 In a conventional school, children are fed textbooks and lessons, but hardly anything that’s force-fed to them this way is really learned or integrated to become part of what they “know.” Yet people who graduate from conventional schools are generally not empty-headed—nor are people who graduate from self-directed schools. I’ve put together seven principles to help us understand how children are transformed from helpless infants into competent adults. Here they are stated briefly:

1. Control is a myth

Before we can understand how children become educated, we need to unlearn something first. We cannot control what children think about or when they think about it. The best we can do is use rewards and punishments to manipulate children into doing our bidding, like a dog trainer manipulates a dog with treats. In conventional schools we use grades, which are a form of social credit which is highly motivating because humans crave acceptance and status.

What we must realize, however, is that training a child to be obedient and to perform tricks on demand is not real education. Just because a student memorizes a mathematical formula long enough to pass a test on it the following morning does not mean they are any better at math than they were before. The conventional model promises to be able to make children learn things, but this is an empty promise.

Self-Directed Education, on the other hand, makes no empty promises. We expect children to become educated in our model, but we make no pretense that we can control what or when they learn.

2. The conventional curriculum is narrow

How do you feel when your child (or your niece, student, etc.) learns a chemistry fact? Or a song on the piano? You feel proud, right? Like they are going to go far in life? But why do you feel that way? There are thousands of possible careers and only a handful of them involve chemistry or piano. They are essentially esoteric subjects.

The child could easily decide at age 21 that they want to be an electrician, undergo a relatively brief training, and make a good living. They might as well spend their childhood learning how to play Starcraft (a video game) or how to put together cute outfits (both of which could become careers but are unlikely to). The pride we feel when a child learns something on the conventional curriculum is peculiar and irrational. We might not be able to make that feeling go away, we can choose not to base our children’s education on it.

3. Learning doesn’t have to be work

Conventional wisdom tells us that learning is hard work, and that in order to accomplish it you have to buckle down, put aside distractions, and exercise discipline. It’s true that you have to do this for chores like dishes and taxes, but this process doesn’t work so well for learning. In order to learn, a person needs to be 100% tuned in to what they are doing. Real learning starts with a personal need or desire, like “I want some slime.” The desire leads to a challenge, like “I have to look up a recipe for slime, then measure out the ingredients.” The process of overcoming the challenge results in learning.

This process is happening all the time for everyone, including young children, every day. There is no need to plan or organize it. It often does not even look like a project. The challenge could be anything from “I have to get mom to buy me this toy,” to “I have to do a front flip on the trampoline.” You might call it “work” when a child is practicing their trampoline techniques over and over, trying to get them just right. But you would not call it a chore, and they do not experience it that way. 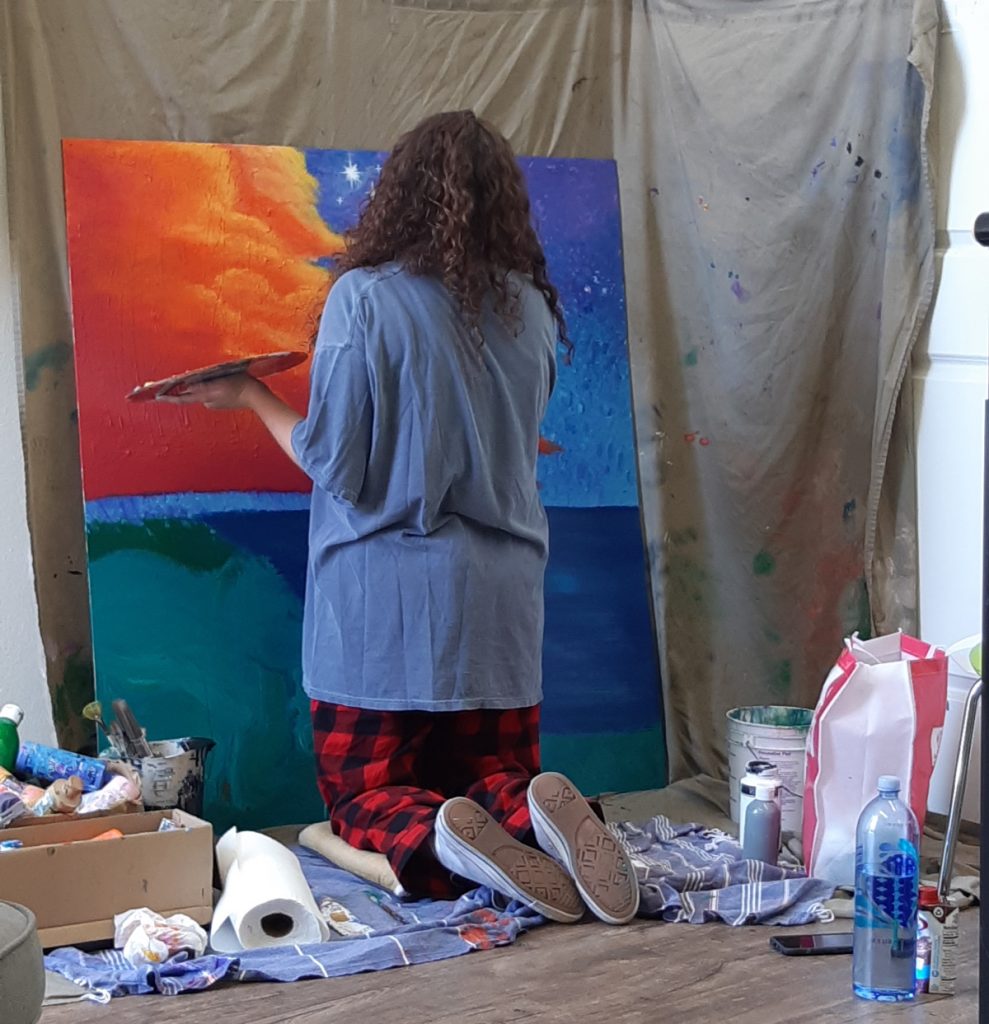 Children love to play. Why? For the same reason they like to eat and sleep. They have a biological impulse to play because it is the primary method by which humans learn. They play with their friends to learn communication skills. They play with pretend money to learn how to do business and make change. They play ball games to learn how to coordinate their bodies. They make comic books to learn art and storytelling skills. Look at any activity a child is doing for fun, and you will find a learning objective at the heart of it. The child doesn’t know about the learning objective, but it is there all the same.

Conventional wisdom says that video games are frivolous, at best a reward carefully metered out for a hard day’s work. Instead, think about video games as simulation programs. A flight simulator is a great way for a pilot to learn to fly without putting anyone in danger. Similarly, kids can use video games to practice things like house design (Minecraft), role-playing (Roblox), spatial coordination (action games), problem-solving skills (puzzle games), and pretty much anything else as there is no limit to what kinds of things can be simulated in games.

5. Learning must serve a purpose

In the conventional model of education, children learn so that they will be prepared for challenges that arise when they are adults. This seems sensible, except that it runs opposite to the way the human brain is wired to learn. The brain learns by forming connections between things. First a question appears in the mind, then the answer clicks into place like a puzzle piece. You would not try to put a puzzle together by placing unconnected pieces all over the table where you think they belong. Yet that is how things are taught in conventional education! The result is shallow memorization which disappears after a short time.

I once had a dream of moving to Germany. I became very interested in learning German, and spent a lot of time studying it for years. Eventually I realized that I would never be moving there and I lost interest in the language. I was unable to study it anymore even though I tried many times. We sometimes think it is good to teach a child a foreign language because it will come in handy someday. But we are probably just trying to force a square peg into a round hole. In reality we cannot know what things a child will need to know in the future. Thank god our brains reject unnecessary knowledge, because it saves us a lot of time and effort!

Practice makes perfect. A large majority of the learning a child does is the result of practice, whether it’s deliberate practice or play. Occasionally they will get stuck and they will ask someone older or more experienced what to do. You could call answering the child’s question “teaching,” but really the “teacher” could be anybody. It could be a parent, an older sibling, a friend, a random person on the internet who wrote a post 10 years ago, or a YouTuber. You might be saddened to find that your child or student can learn just fine without you in 95% of cases. However, it’s important to remember that the child’s education is for their fulfillment, not yours.

In self-directed schools, staff sometimes fill the role of “teacher” when a student is dedicated to some interest. But for the most part our job in that situation is simply to be a companion, to go on a journey with the student so they don’t have to go it alone. The questions that come to us are few and far between. After all, practice makes perfect.

In the conventional model of education, we need to test students to find out whether they learned something. This is a scientific process and works very well when studying things like planets, molecules, and medicines. It doesn’t work so well when studying humans because humans are very complex. We can only study things that are simple, so we pretend humans are simple so we can study them.

If principle #5 is followed and the learning has a purpose, we don’t actually need a test. The “test” is whether the purpose was achieved. For example, if a child is trying to learn Japanese so they can follow along watching an anime, the test is “were you able to follow along with the anime?” Only the learner can make these evaluations, so we can leave it to them to test themselves.