What’s in a Place? A good place is defined by the stories that happened there

When The Open School of Temecula Valley decided to pinpoint the location of our future “forever campus” at Zephyr Mountain Grove in Wildomar, we started to think about where the avocado farm would end and our campus would begin. There was a natural boundary created by the edge of the current orchard, and a sense of difference created by a fork in the road into the farm. This was where we began. 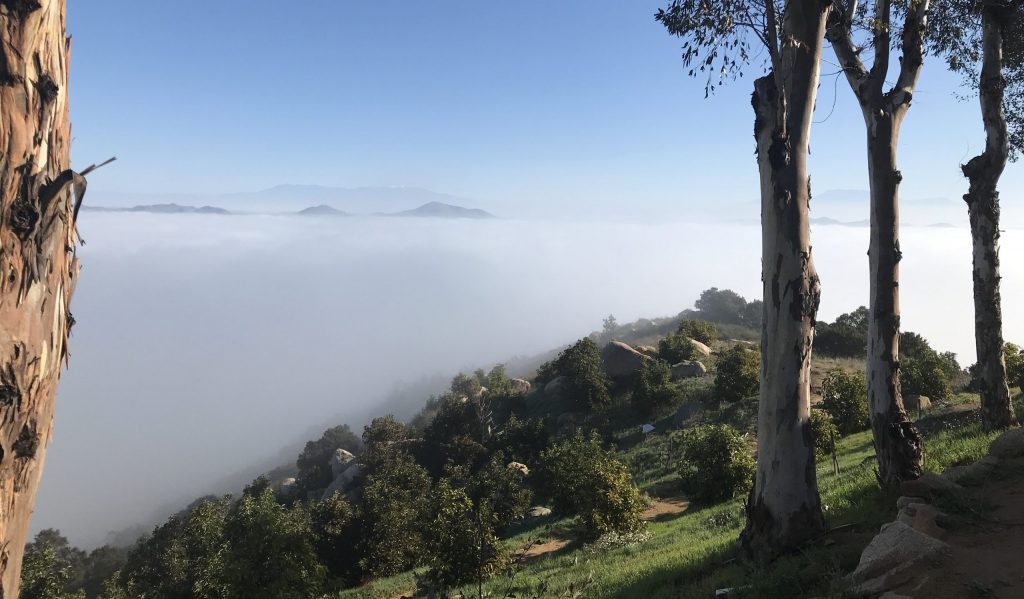 But, as we spent time at the farm, our sense of place grew. On the right hand fork, where the school would be built, there were two plateaus. One would house a workshop for the farm, and another would house the makerspace, library, and STEAM media lab that would comprise our initial structure. Because there were two plateaus, we spent a little time stumbling over how to refer to them: the second plateau, the higher plateau, the school plateau.

None of these really stuck or appealed to us, so after a while we started looking for a name to give that area that would differentiate it from the other plateau. Because Zephyr Mountain Grove was named for its terrain — breezy avocado groves in the Santa Ana Mountains — we wanted to use something that felt similar.

We hunted around for nature words we liked, and finally settled on Armogan Point. An armogan is a day of beautiful weather, perfect for setting out on a new voyage. The plateau there is punctuated by a large granite outcropping, fun to climb on and a great outpost for gazing out over the valley, and down at the lake. On cool winter days, the farm overlooks an ocean of clouds that settle in the valley — that’s the marine layer that makes our region so favorable to wine vineyards. You are on the high point of the land, and can see for miles around. It is the point from which our kids will set forth on the journey of growing into themselves.

The kids voted on this name, but because we have only been at the farm one day a week, we haven’t used it a lot. We refer to the main campus as “school” and the farm as “the farm.” Rooms at school are referred to with names like, “the front room,” “the kitchen,” and “the art room.” We are still taking baby steps, and because our campus isn’t really complicated yet, these kinds of names are fine. My 8yo only has one teddy bear, and it’s name is Bear — but if I get him a second teddy bear, it will need a more distinguishing name. 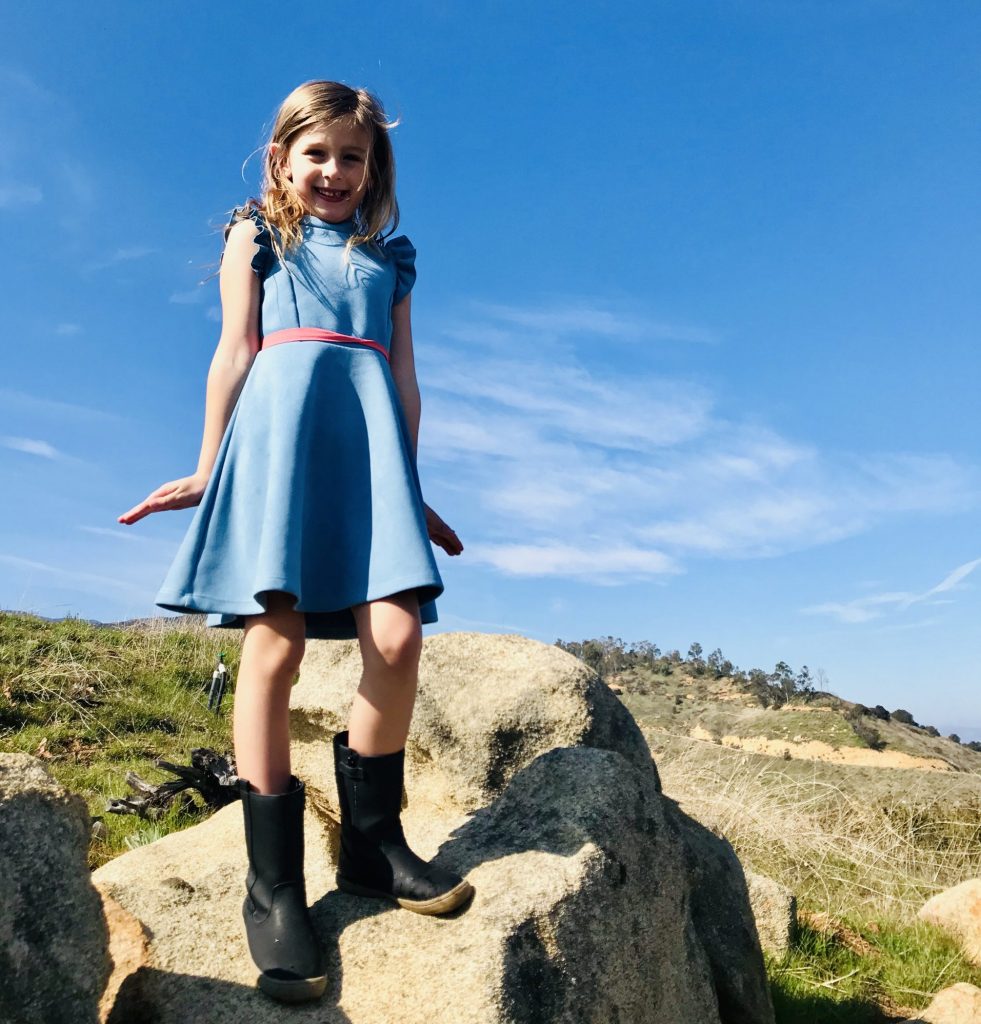 I look forward to seeing this complexity unfold. As a teenager, I attended a self-directed democratic school where every boulder and tree had its very own name. There was Big Rock, and Monkey Tree. The main building was filled with little rooms that all had peculiar names with funny little stories. While the kitchen was simply the kitchen, each bathroom had to have its own name, and several rooms designated as quiet activity rooms had their own names. I always enjoyed how long some of these were, and how they didn’t get abbreviated: the Art Room Bathroom, the Dance Room Quiet Room (a quiet activity room right next to the Dance Room), the Music Study Room. All these funny little names gave the place a life of its own, and made it belong to us — like a secret language that you only speak in your treehouse. Only, this treehouse was big enough to fit worlds in.

I think this tends to naturally happen once a place takes on enough of your life, and feels like it really belongs to you. After we had lived in our current home for several years, my sons dubbed it “The King House” — it’s a pale yellow stucco place at the end of a cul-de-sac, which sits slightly above the rest of the street on a slope. The front yard is enclosed with a white wrought iron fence. The kids explained that our house is golden, and wears a crown. We live in a crowded, low-income neighborhood, where there’s never enough parking. But to us, it is a place where we are strong because we are together.

To me, this naming of places represents a sense of belonging that can’t really be bought or sold. It is a sense of connection that gets lost when you move back and forth from one place to another, and that disappears entirely in a school building filled with classrooms. At The Open School, at our forever campus at Armogan Point on Zephyr Mountain Grove, we won’t have “Room 214” or a “Mr. Barajas’ Room.” Our space will not be defined by adult authority, or by a system of anonymous numbers.

Instead, we have an oak tree we haven’t climbed a hundred times yet, a little path we haven’t biked down a hundred times yet, and a shady spot in the woods where we have yet to read a hundred books. We have the campus’ makerspace, which we have yet to build. And when we have climbed the tree, and biked the path, and read in the shade, and built the room where we’ll make anything we can imagine, the tree and the path and the shade and the space will begin to have their own, real names, by which they can finally begin to be known.