When I was going to a self-directed democratic school, I often enjoyed — as I think most of our kids do — the opportunity to go down a rabbit hole with many kinds of niche interests. I got really into things like playing chess, the history of planetary discovery, ancient cuneiform languages, 19th century French poetry, and modern Irish theatre. I also spent a lot of time, like many teenagers, debating with my friends on subjects like politics, philosophy, and religion. 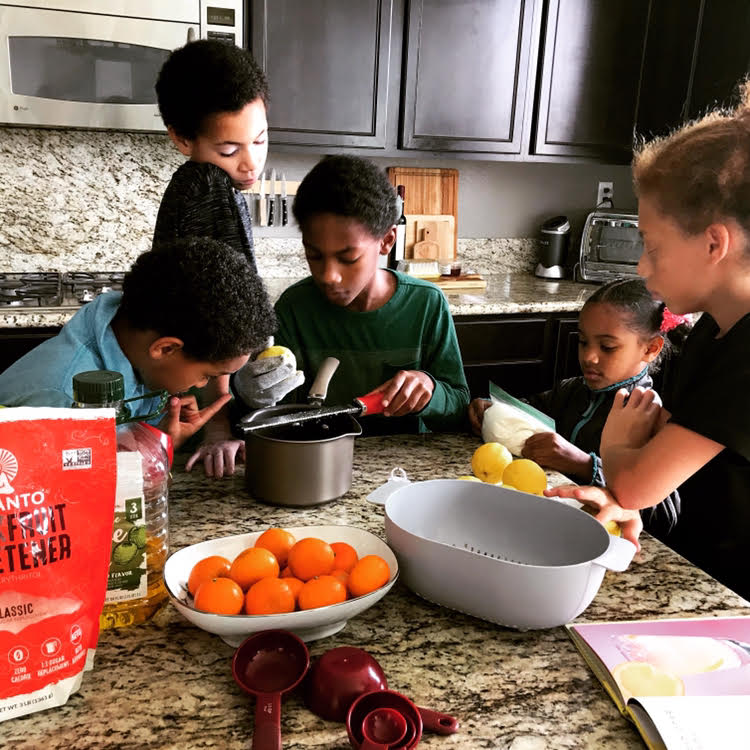 Something I never gave much thought to on any given day was whether I was learning “enough” math and English. I think most self-directed learners usually do not, unless advanced mathematics and language or linguistics become one of their niche interests. Nevertheless, self directed learners do acquire these skills, and it often seems as if we do so by magic. Parents often ask me what we do to make sure this happens — surely, we would never just let a kid not learn math and English? What if kids don’t want to spend any time exercising, do we just let them become unhealthy? Is that what self-directed education means?

In fact, I think you would have to work very hard to prevent kids from learning things that are as fundamental to daily life as math and language, or, for example, to prevent them from playing outside. You would have to do something like, set up a space where kids can’t interact even quietly, where they can’t engage in any kind of commerce or gaming, where they can’t even really have personal possessions with them, and where they are required to spend a lot of time at a specific station indoors. Then, you would have to set up a system that penalizes them when they do all the things that kids love to do: talk to their friends, run around, explore their environment, try to trade their stuff for better stuff, and play complex games.

Actually, this sounds a lot like compulsory classroom education, doesn’t it?

When you get out of the classroom, these “basics” are magically reunited with their real purposes. Math is for important things like your allowance, and for figuring out which Pokemon beats which. Kids easily learn a deep intuitive fluency in math that extends through early college level algebra without even realizing they’re doing so, because they have lots of time to allow math to be incidental to the things that really interest them. You or I probably won’t learn much new math by playing Magic: The Gathering, but kids who get really into games like that have the opportunity to get good enough to analyse their strategy and think about factors like rates of change. The same is true for everything fun, because fun things engage the mind or the body, and ideally both.

I don’t want to act like games are some kind of magic bullet that solves the problem of learning. Games, when presented as a learning task, can be just as tedious and depressing as worksheets. If someone gave you an assignment to play a type of video game you had never played before, alone in your room, you might find it just as frustrating and annoying as doing a bunch of repetitive worksheets. Whether that scenario turns out to be fun is just as much a matter of chance as whether a given person enjoys doing homework. Why is that?

Games, when presented as a learning task, can be just as tedious and depressing as worksheets. Click To Tweet

Growing up, I was a slow writer and, once typing was introduced, I was even slower at that. I got terrible marks in school for everything relating to writing, and on the last day of fifth grade, my teacher told me I couldn’t go on to sixth grade until I gave her, once and for all, a “good” writing sample. Although I am probably a little dyslexic, it certainly never stopped me from reading quickly — I was a fast reader and enjoyed reading in itself, often reading several books a day. But writing and typing were another matter.

At some point, my parents decided it would be helpful for me to “gamify” my efforts to type at a functional speed, and they got me an action packed computer game, the main point of which was typing. They offered me some kind of reward for spending time playing the game and improving my typing speed. (Chocolate? Money? I don’t remember.) This may sound like a great deal for a kid — play video games, win prizes — but I was completely unmotivated to do much with it. I put in a little time to get whatever reward was being offered, and then decided that I didn’t really enjoy the game. The math didn’t work out for me. It just seemed to have no point.

I eventually learned to type quickly, but not until online messaging became prevalent. Maybe it’s just the kind of stubborn person I am, but I found it pointless to work hard at learning to type fast for some imaginary future use, especially when I was being told it was for a data entry job I would have in 15 years. How much more boring and irrelevant could anything get? However, when you use a messenger to carry on a conversation with your friends, you have to type quickly, or they assume you went somewhere else, and they start playing Candy Crush Saga, or go out for coffee with people who seem more interested in conversing with them. Wanting to keep my friends from wandering off, I became an efficient typist. It’s a transferable skill, sure, but even now, texting probably accounts for the largest volume of my typing. And writing is a big part of my job!

These days, it seems like very few kids have an issue with efficient typing. I don’t think anyone worries anymore about “staying in practice” with this skill. Texting is so prevalent, and connecting with your friends is a popular way to fill a basic need — human interaction. Conversely, isolated, textbook study of “basics” like language and math decontextualizes these skills and presents them as though they existed in a vacuum. And, when that doesn’t work, instead of replacing them authentically in their contexts, we create artificial contexts that we simply claim relate to real life — like apples-and-oranges math problems, or word lists with a friendly theme.

When I was in college, I took French language classes for four years, and eventually French literature classes in French, and studied at l’Institut Francais d’Annecy in the Haute-Savoie region of France. My time there was brief, but I picked up an amount of French that would have taken about 10 times as long elsewhere, and it remains the backbone of my strength in the language. I barely remember the classes I took — my real learning centered on things like being a vegetarian in France and trying to order food at restaurants. In fact, not only did I practice the most in that context, but, 20 years later, ordering food is still an area where I never need much of a refresher to be functional. In my mind, I was able to connect it to real, basic needs, and as a result the language has stayed.

Why was my time there so efficient in helping me learn French? Perhaps it was because I had to speak French all the time, and perhaps it was because speaking French was incidental to everything I did. In this way, I was learning French in the same way that kids who are playing video games or music, or who are buying and selling stuff with their own money, learn mathematics. They don’t sit down every night and do worksheets, nor do they memorize equations and formulas. They are not working towards classroom proficiency, or passing a test, but real fluency. When I was in Annecy, I was doing exactly this when I stumbled clumsily through sandwich order after sandwich order, and puzzled over prepackaged food in the hypermarche.

In language study, this is comparable to an immersion method, where practice is maximized and challenges are somewhat random. Any polyglot will tell you that the trick to cementing a new language in your mind is not completing assigned work from a book, but real life practice. The best “designed” language programs seek to emulate the experience of parachuting into the middle of a major metropolitan area with nothing but a change of clothes and a bank card. Still, for those who have the opportunity, the consensus is clear that real immersion, like an extended visit alone to a place where most people only speak the language you’re studying, is by far the best — and maybe the only — way to reach full fluency. You simply can not attain fluency from decontextualized study.

When we contextualize skills, or make them incidental, and allow them to exist alongside the basic needs they are used to fill, they’re simply much easier to learn -- so easy that we barely realize we’re doing it. Click To Tweet

When we contextualize skills, or make them incidental, and allow them to exist alongside the basic needs they are used to fill, they’re simply much easier to learn — so easy that we barely realize we’re doing it. They’re instantly and completely relevant to everything we want. And, when we decontextualize them, the reverse happens — either we hate it because it is a sisyphean task, or we hate it because we have already learned that somewhere else, and want to move on to the next thing (but aren’t allowed to yet). At best, we can love it because we love getting approval, which is indeed an important human need — acceptance — but what if we could get this approval and acceptance, not for regurgitating and holding ourselves in, but for exploring and letting ourselves out?

Oops, actually we can already do that.

Educators keep trying to figure out some kind of “hack” whereby they can get kids into math and English, into “basic skills,” using methods we already know that most kids find aggressively disengaging. Give a kid a math worksheet where they have to do several problems that relate to money, or having a business, and their faces fall. Why not just let them start a real business, or give them a few dollars to spend on what they want at the store?

This week at The Open School, two different groups of kids took out small loans from the school and opened snack concessions. They’re paying back the loans before they start earning profits, and doing all the financial management themselves. One group has already paid back their entire loan, and has begun to profit. The other group has a more aggressive long term scheme but has still already paid back a third of what they borrowed. Other kids, who aren’t actively running businesses (at this point this is only our two youngest students), are poring over their accounts and figuring out whether they want to save their money or use it now.

One of these kids, lets call her July, is so little she calls all coins “cwoinies.” But she managed to avoid the temptation to buy some pretty tasty snacks that others were selling, and has actively amassed the most savings of anyone in school. On the sly, today, she sold me the chocolate granola bar in her lunch for a dollar, and then bought a fresh clementine from the concession.