Windows of opportunity Do children need to learn certain skills while they're young? 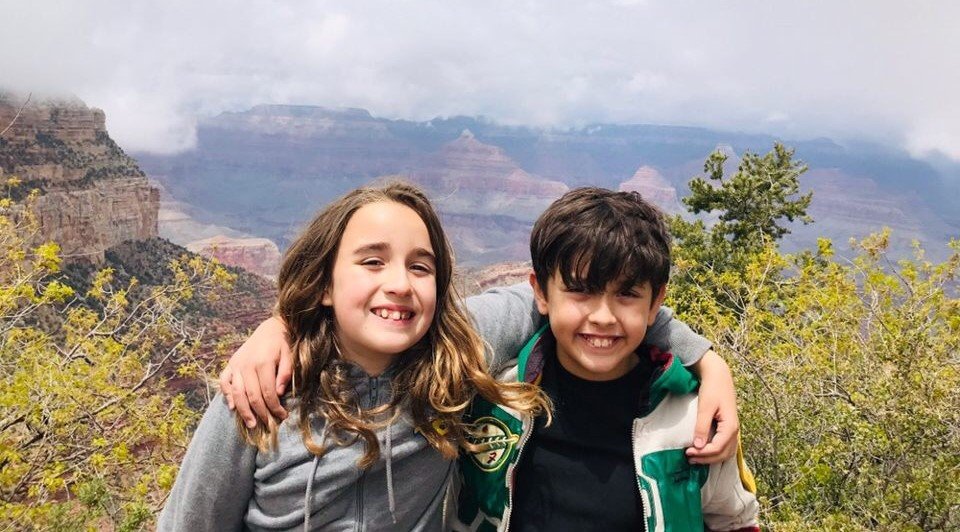 Even before he met his wife, Laszlo Polgar was strategizing about how he would bring up his children. In the 1960s, having studied the life stories of 400 great intellectuals from Socrates to Einstein, the Hungarian psychologist argued that with the right approach to child rearing, parents could turn any child into a genius.

Klara, a Ukrainian foreign language teacher, agreed with Laszlo, and in 1965 he persuaded her to move to Budapest and marry him. What followed has been called “one of the most amazing experiments … in the history of education.” They had three girls, Susan, Sofia, and Judit, and homeschooled them all using an academic program in which the girls were trained in chess and several foreign languages, eight to ten hours per day, from a very young age. Susan, the oldest, won her first chess tournament at age four. By fifteen, she had become the top-rated female chess player in the world.

Laszlo’s experiment tapped into a popular idea at the time, that children were “blank slates” that could be molded into anything with the right training. Half a century later, when only a third of high school seniors are considered “proficient” at reading by the NAEP, the jury is still out regarding whether children can be trained to be geniuses.

But nothing is stopping us from speculating about whether children should be trained in such a way. Maybe not everyone wants to be a prodigy, even if their parents want them to be. In Susan Polgar’s case, she chose chess for herself. “Yes, he could have put us in any field, but it was I who chose chess as a four-year-old,” Susan said. “I liked the chessmen; they were toys for me.” But for every success story like Susan’s, there are perhaps 10 or 100 children who, for lack of interest or talent, don’t take to their parent’s favorite activity, and waste years of their life on miserable study.

Most people would probably advocate for a more balanced education, such as the one that children commonly get in public school. But even that is not certain to be beneficial. In the United States, we are pushing literacy training to ever younger children, down to preschool, based on the logic that an early start leads to better mastery. Yet Finnish children aren’t taught to read until they’re seven, and they outrank the US by miles in international student assesments in reading.

Finnish children aren’t taught to read until they’re seven, and they outrank the US by miles in international student assesments in reading. Click To Tweet

It turns out that literacy does not need to be developed in childhood at all. In his book When Kids Rule the School: The Power and Promise of Democratic Education, Jim Rietmulder tells the story of Arnie, a lifer at The Circle School (a democratic school) who never wrote a paper until college. He was assigned a paper shortly into his first semester, and informed his professor that he’d never written a paper and would like some suggestions. The professor was taken aback that Arnie not only had never written a paper, but was so forthcoming about his ignorance. The professor suggested that Arnie visit the Student Writing Center. Arnie probably struggled to write that first paper, but he managed to do it nonetheless. A few years later, he went on to law school, took the bar exam, and passed on his first try.

It’s often suggested that children need to be trained in certain skills (like reading or music) when they’re young, or a window of opportunity called a “critical period” will close and the opportunity will be lost forever. Researchers have failed to find any such critical period for cognitive skills. They have, however, found evidence for an “optimal period” for language learning — it’s easier for young children to learn languages than it is for adults. For this reason, many parents in our area like to put their children in Spanish immersion preschools. The idea is that preschoolers are so good at language learning that they will “soak up” Spanish like a sponge, with hardly any effort.

However, while it may look effortless to you from the outside, in fact a child must exert a tremendous effort to learn a language. They have to spend a huge amount of time listening, processing, and practicing — time which could have been spent on other things, such as developing a greater mastery of their native language, talking to people and building relationships, or learning other skills. There are tradeoffs involved which may have far-reaching consequences in the child’s life.

Parents who put their children in Spanish immersion programs don’t give quite as much thought to what happens after their children leave the program. Retaining the language over a period of years requires continual practice. As soon as the practice stops, you start to forget. The same is true of chess, piano, and everything. The child, and later the adult, must be committed to a lifetime of practice in order for the early childhood training to pay off. This is a decision that must be made by the learner.

If a person eventually finds that they need to know Spanish (for example, if they move to Mexico), they can still learn it at any age. The same is true of chess, piano, reading, writing college papers, and everything.

The story of chess master Susan Polgar is a story of considerable talent and years of dedicated labor. The moral is that people can achieve great things if they work very hard for a very long time. Her story does not mean that we should rob children of their childhoods, forcing them to work in order to satisfy our own ambitions of having prodigies for kids.