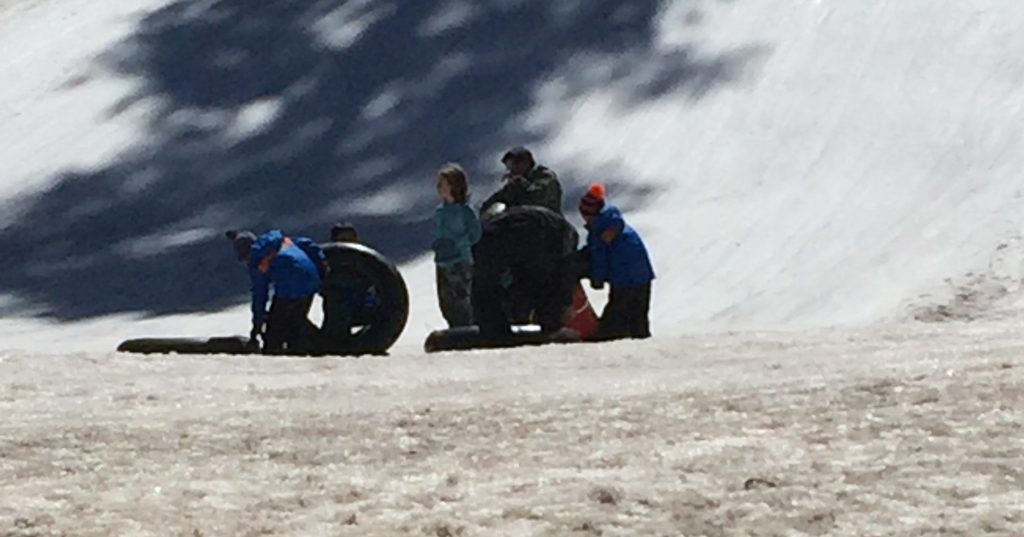 In my mid 20’s, I got an opportunity through my work to start alpine skiing. I was super excited. Naturally, I wanted to do some strength training to prepare for it. My skiing friends humored this rookie misunderstanding of the entire sport and quietly let me do quad strength training for a couple weeks before our first trip.

Perhaps they saw that it made me feel like I was “getting ready” to learn to ski. But when I hit the slopes, I was totally unprepared for the aspect of skiing I found to be the most challenging: arriving at the top of the mountain and looking down.

When I started skiing, I had this idea that it would be fun, but it is sometimes difficult and miserable. In the beginning I occasionally crashed into trees, people, and snowbanks. I have gotten injuries that sent me to urgent care. I’ve had to do entire lines over and over with numb feet because my gear didn’t fit properly.

The best way to prepare to excel on the field is by actually doing the thing you want to do. Click To Tweet

I love skiing, not just because it’s fun, but because it forces me to confront the feeling that what I am about to do is too huge and terrifying to even comprehend. At the top of a steep fall line, when the slope tucks under itself and you can’t even see where it goes because the drop is so vertical, it can occasionally feel as though it is impossible to move — and yet you must move regardless because there is not an alternative.

Any athlete can tell you that, while strength training targeted muscles for their sport can support their skill, the best way to prepare to excel on the field is by actually doing the thing you want to do.

I don’t think most skiers get out of skiing what I get out of it. Or maybe they do, but it doesn’t matter. There is no guarantee that my passion for skiing can be intentionally replicated even once. If manipulated into doing it, most people would find it a burdensome chore. What I have found is that all my most complex and profound learning experiences have happened in a self-directed context.

“People sometimes sneer at those who run every day, claiming they’ll go to any length to live longer. But don’t think that’s the reason most people run. Most runners run not because they want to live longer, but because they want to live life to the fullest. If you’re going to while away the years, it’s far better to live them with clear goals and fully alive than in a fog, and I believe running helps you to do that. Exerting yourself to the fullest within your individual limits: that’s the essence of running, and a metaphor for life — and for me, for writing as whole. I believe many runners would agree.” ― Haruki Murakami, What I Talk About When I Talk About Running

After attending college, and seemingly unrelated to his educational experience, Haruki Murakami became a jazz club entrepreneur, bestselling novelist translated into 50 languages, and a marathon runner, all because they seemed like interesting things that he would enjoy doing. In a 2008 article about this experience for the New Yorker, he described how he “got into” doing these things:

“I’ve never recommended running to others. If someone has an interest in long-distance running, he’ll start running on his own. If he’s not interested in it, no amount of persuasion will make any difference. Marathon running is not a sport for everyone, just as being a novelist isn’t a job for everyone. Nobody ever recommended or even suggested that I be a novelist—in fact, some tried to stop me. I simply had the idea to be one, and that’s what I did. People become runners because they’re meant to.”

Children’s minds are swarming with ideas, many of which are filtered out when they’re talking to their teachers and parents. Kids have access to an incredible amount of information, which is why it doesn’t make sense to worry that they won’t “get exposed to” some essential life skill if you allow them to direct their own education.

We tend to assume that people who become marathon running, bestselling novelist, jazz club entrepreneurs must have had fantastic educational drive as well, but Murakami also describes himself as an unexceptional student who never strove to excel in the framework of his education:

“For my entire education, from elementary school through college, I was never interested in things that I was forced to study. As a result, although my grades weren’t the kind you have to hide from people, I don’t recall ever being praised for a good performance or a good grade, or being the best in anything. I began to enjoy studying only after I had made it through the educational system and become a so-called “member of society.” If something interested me, and I could study it at my own pace, I was reasonably efficient at acquiring knowledge.” (Also Murakami, New Yorker 2008)

It’s important for us parents to realize that it’s not that we want our kids to love “skiing,” or “Shakespeare,” or “calculus.” These are just placeholders. Every parent has them, and they can be really random. Some parents want their kid to go to the same university they attended, while others want their children to do math worksheets until they retire. Some parents worry about fitnes. Others worry about reading. But on a deeper level, we want to share meaning and purpose with our children.

Skiing matters to me, while some of my friends prefer reading, or gaming, or ice skating, or gardening, or baking. It’s a roll of the dice. And that’s okay. The things themselves aren’t actually important. What’s important is sharing what those things mean to us: things like independence, responsibility, and compassion.