The Truth About Video Games

Screens and children: two things which must not be allowed to mix, according to ongoing media reports. Every day it seems there’s a new study on how digital media are damaging children and warping their development, and how video games lead to addiction and real-world violence. 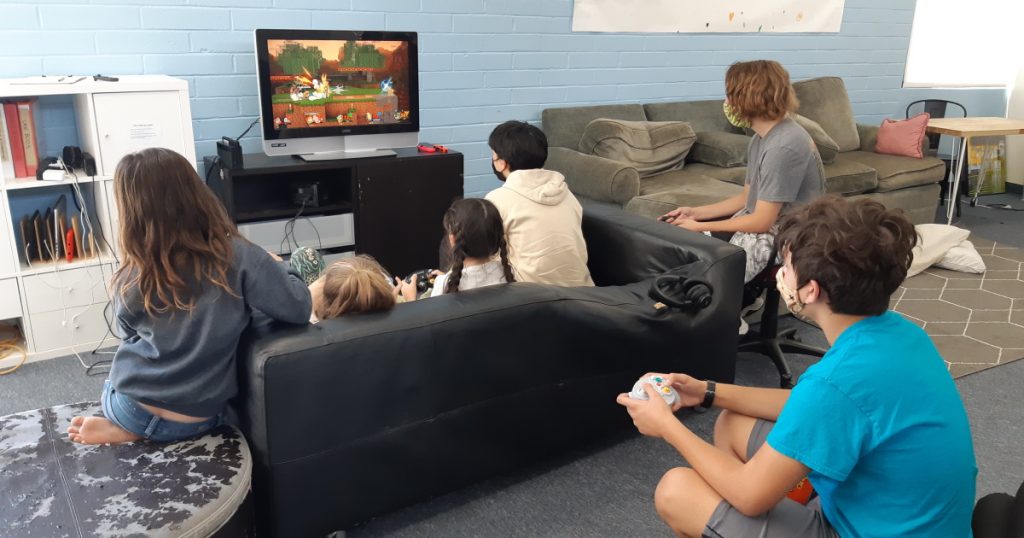 Moral panic about new technology is as old as time. Socrates warned against writing, fearing it would “introduce forgetfulness in the learners’ souls, because they will not use their memories.” In the late 19th century, social critics complained that the newly invented telephone would cause people to talk to each other too much; one writer lamented, “We shall soon be nothing but transparent heaps of jelly to each other.”

Inevitably, in every generation, the children who grow up with a new technology learn to cope with it. In fact, the critics who are now railing against screens are, for the most part, the ones who did not grow up with this technology and have themselves very little exposure to it.

Our opinion at The Open School is that “screen time” is an unhelpful concept. Especially as computer interfaces get more user-friendly and video games get more realistic, there becomes less and less to distinguish “screen time” from “everything else.”

Willow likes to play a game on her iPad that involves dressing up digital people in various outfits. She is able to pick an article of clothing off a shelf and see how it looks on a person, combined with other articles of clothing, with a few taps of her finger. As far as I can tell, the only differences between this activity and dressing up physical dolls are (A) she has access to thousands of articles of clothing for free, and (B) she can change outfits in a few seconds instead of a few minutes.

Video games are, in essence, world simulation systems. Children love video games because video games allow them to explore and experience the world, and thus, to learn.

Previously I wrote about a group of kids who were playing Minecraft together — mining resources, trading with each other, and constructing houses. This necessarily involved haggling, divvying up land, collaborative construction, creation and enforcement of contracts, and conflict resolution. I wrote:

“We learn to do something by doing it — there is no other way. To many people it may not seem like Minecraft counts as “something,” but it most certainly is something, and kids most certainly are doing it. They are not studying economics, nor are they reading about architecture; they are participating in a real market economy and experimenting with real building plans. They are not being taught ethics or integrity, but they are learning first-hand how it feels to be treated unfairly and how business is more efficient when all parties adhere to their agreements.”

According to Dr. Nicholas Kardaras, video games are a form of “digital drug.” In an article in the New York Post, he claimed, “Recent brain imaging research is showing that video games affect the brain’s frontal cortex — which controls executive functioning, including impulse control — in exactly the same way that cocaine does.”

What Kardaras leaves out is that this is the same effect produced by everything pleasurable. As Dr. Peter Gray notes, what this research really shows is simply that video games are fun. In Gray’s words:

“As gaming researchers Patrick Markey and Christopher Ferguson point out in a recent book, video gaming raises dopamine levels in the brain to about the same degree that eating a slice of pepperoni pizza or dish of ice cream does (without the calories). That is, it raises dopamine to roughly double its normal resting level, whereas drugs like heroin, cocaine, or amphetamine raise dopamine by roughly ten times that much.”

As a gamer myself, I’ve often thought about what people find so enjoyable about games. I’ve found that people find a game fun as long as it is unpredictable. Unpredictability means there are surprises, and surprises are fun because you learn something new from them. In other words, fun equals learning. People get bored of a game after a while because there are no more surprises. Then it is time for a new game.

Multiplayer games don’t get boring nearly as fast, because human players generate unpredictability for each other. Usually, winning at a competitive game requires you to predict your opponent’s behavior better than they can predict yours.

To take a familiar example, expert chess players have to continually invent new strategies. If they use the same strategy over and over they will be too predictable and their opponent will thwart them easily. The same is true of combat video games like Super Smash Bros. Competition creates an incentive to generate unpredictability, which generates fun and learning. 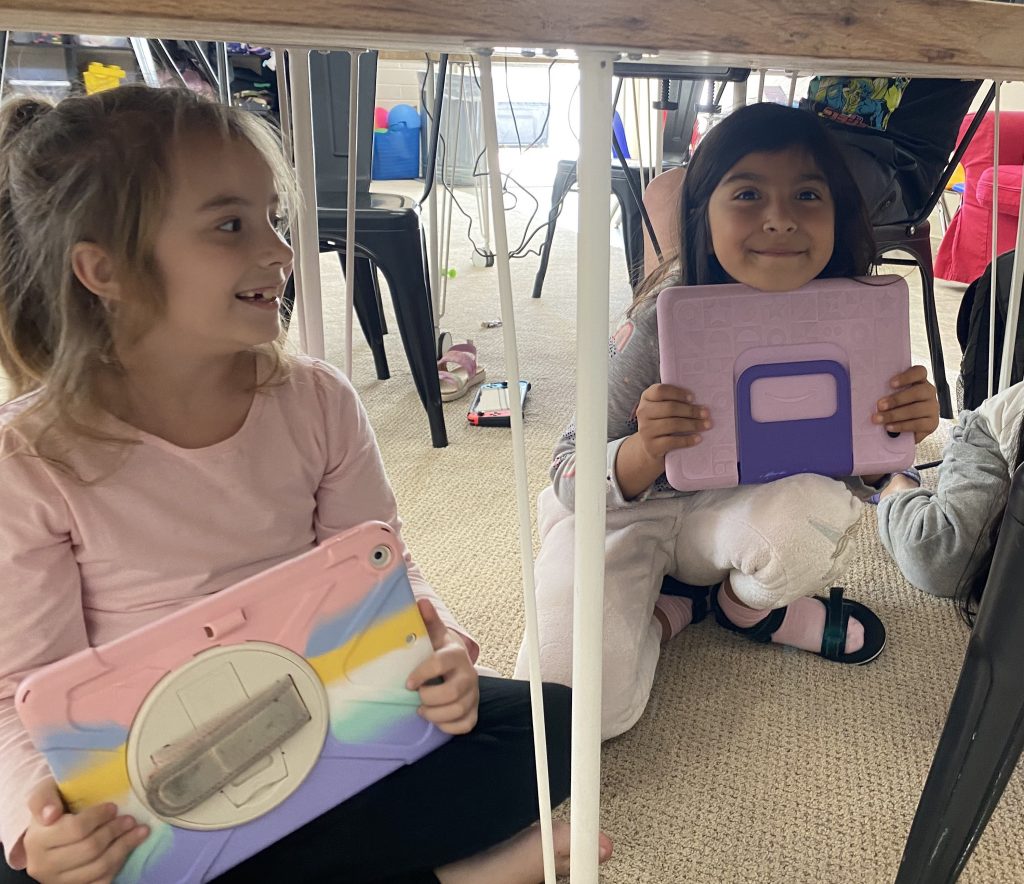 Certainly, reading a book about anything will improve the reader’s reading skills. By the same token, playing a combat game improves the various skills necessary for the successful execution of combat strategies, such as innovation, teamwork, concentration, and coping with failure.

But if all these video games are really educational, many people might be concerned (and are very concerned) that video games are imparting the wrong lessons to children. What are kids really learning from games like Call of Duty and Grand Theft Auto?

As someone who played both of those games as a kid (back then it was 007: Goldeneye instead of Call of Duty), I can attest that there’s great value in being able to explore the implications of violence without needing to engage in actual violence.

Humans are fragile creatures, so it’s important for us to understand violent situations. Evolution made sure that we would learn about violence by driving us to engage in imaginary violent scenarios as kids. Children in all societies engage in play fighting for this reason. Modern video games have allowed our imaginary scenarios to get much more realistic, which means our preparedness for any actual violent situations we may encounter in life will be that much greater. 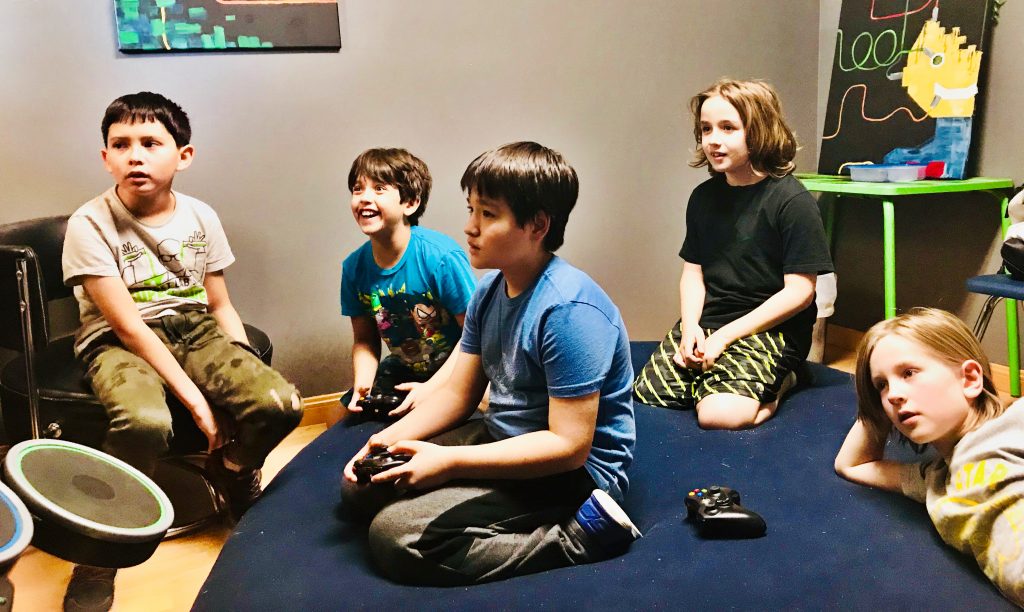 Some people are reasonably concerned about the current level of violence and war in the world today, and wonder if the rise of violent video games might be partly to blame. However, meta-analyses of studies of the effects of violent video games on real world violence conclude that there is very little or no link between the two. In fact, video games may even be a force for reducing violence, as gamers have the opportunity to vent their frustrations in virtual worlds rather than the real world (the catharsis theory).

This phenomenon and others are examined in the book Moral Combat: Why the War on Violent Video Games is Wrong by psychologists Patrick Markey and Christopher Ferguson.

The Clearwater School in Washington allows its students free access to video games, as it has for the past 22 years. As Shawna Lee, one of the school’s founders, noted:

“Our experience at Clearwater is consistent with recent research findings that violent computer/video games do not lead to real violence. Students are adamant that they know and appreciate the difference between fantasy and reality. At Clearwater we observe that even young children self-censor where media or even conversation is concerned. If they are uncomfortable with the subject matter or images, they avoid them.”

That is the approach we take at The Open School — trusting students to avoid media that makes them uncomfortable. Here, kids are granted the freedom to choose what media they use at school, as well as the freedom to refuse or heed any warnings they may receive from parents, friends, the media, or their own personal experience, as they see fit.