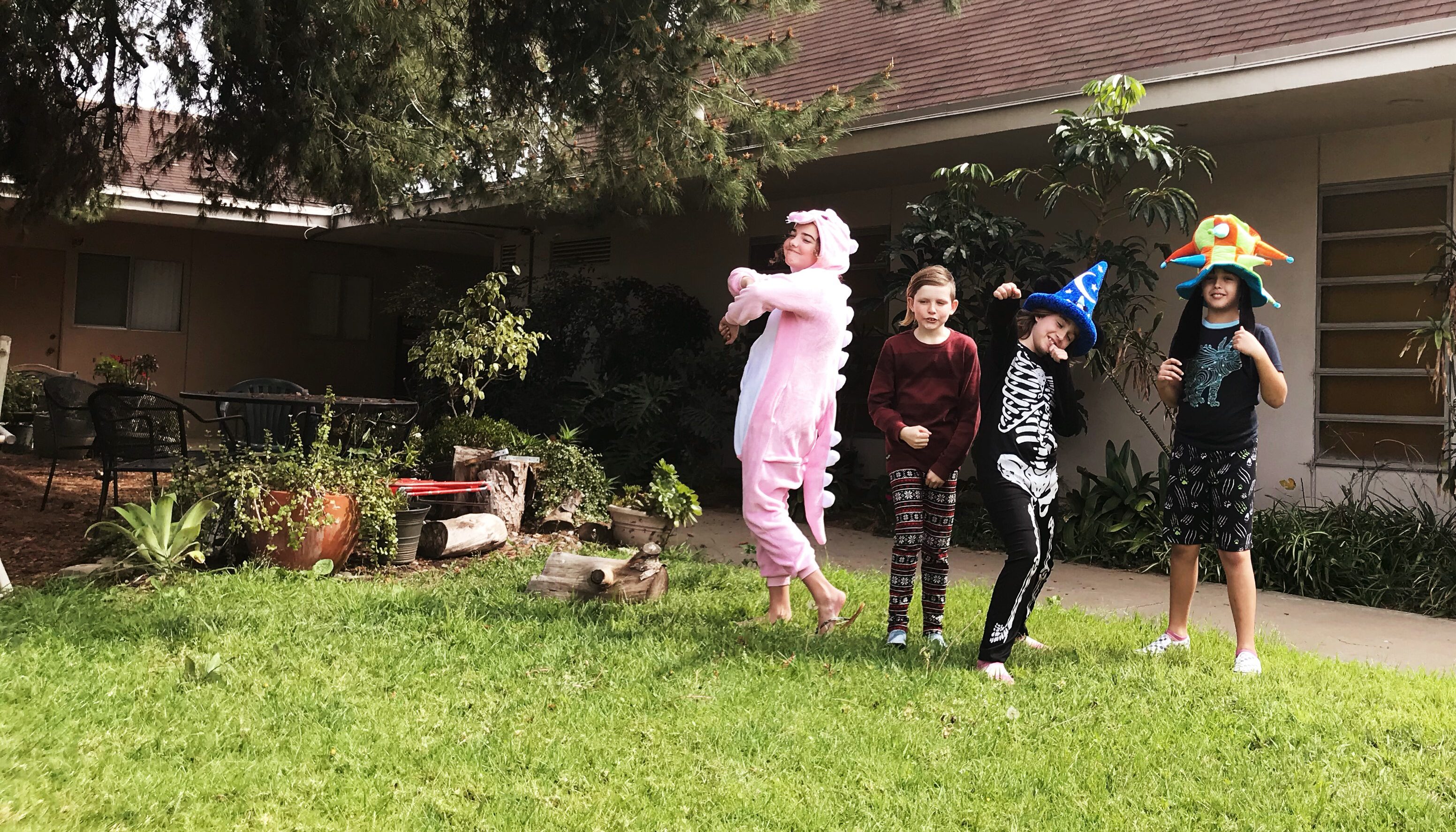 Around 3:15 PM, kids from a nearby school start walking home past the gates of The Open School. They wear uniforms in drab colors, which to me feels dystopian. Where I grew up — eastern Massachusetts in the ‘80’s and ‘90’s — uniforms were reserved for schools which also commonly practiced corporal punishment.

But to many these days, uniforms seem like the most egalitarian solution to school dress code debates. They seem to save teachers and administrators from tough judgment calls about whether to police the same garment being worn slightly differently by two different girls. They seem to prevent adults from having to key into contemporary lingo enough to know whether a new term or symbol is “inappropriate” or not.

There is, of course, considerable profiling here. Again and again, we see news articles about how school dress codes body-shame girls, taking them out of class for the entire day or even incurring suspensions, not because a boy was distracted, but because of the possibility that he might be. These dress codes are effectively telling parents of girls that they can’t buy clothing at Target or at the stores where I shop for my sons, especially for summer clothes, or that they must shop in the boys department for their daughters. How is this a reasonable solution?

Enter uniforms. As far as I can tell, uniforms are the polite way of saying, “Why don’t we just dress everyone in a burlap sack then.” They’re equally restrictive and annoying and unflattering for everyone, and they ensure that nobody can demonstrate any distracting sense of personal style. Because, distracting. 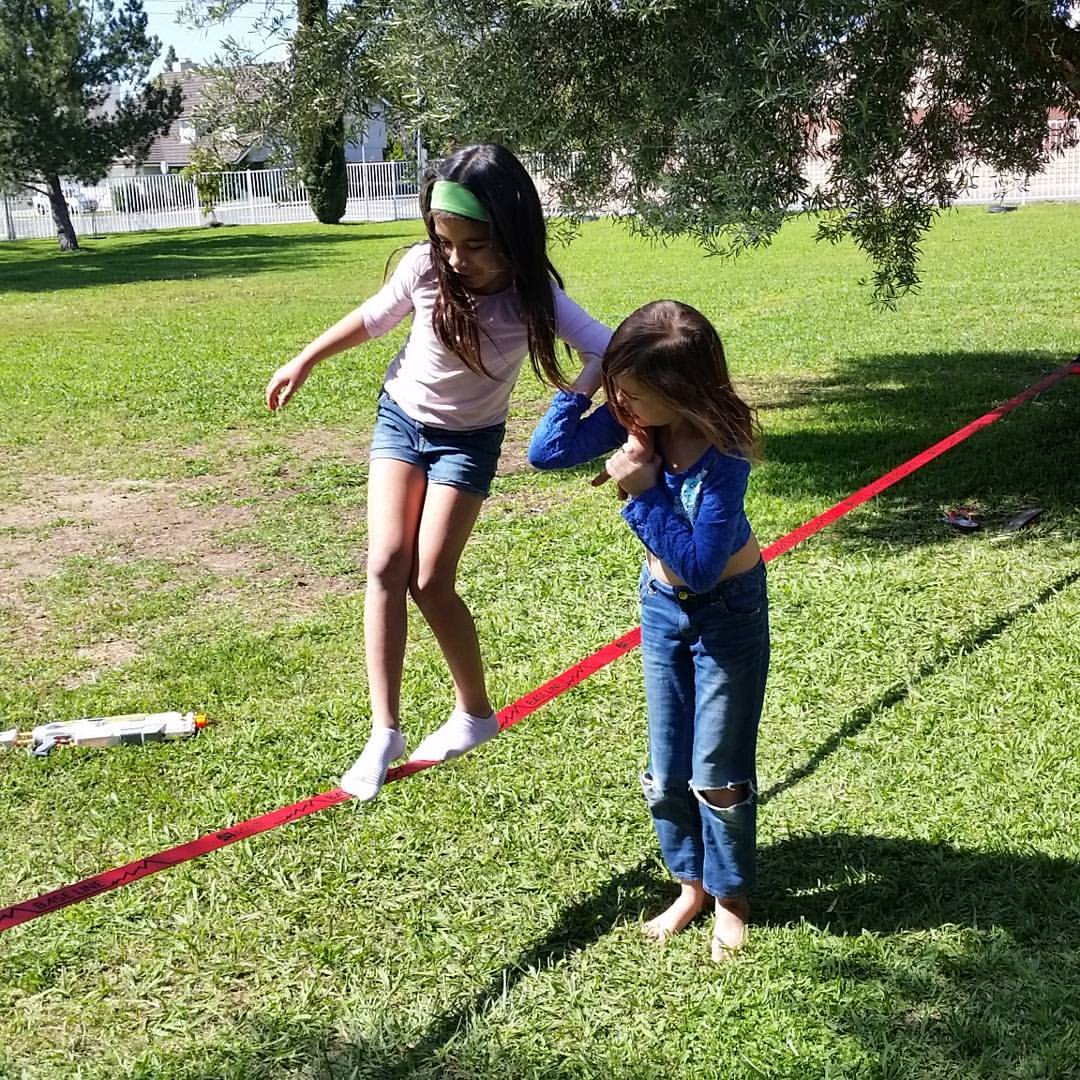 Is it really so criminal for kids to spend some part of their childhood experimenting with their personal style, their relationship to clothing, and even with things like bare midriffs and bare feet? If what we want is a culture where people who commit sexual harassment are held accountable for so doing, why are we penalizing honors students for wearing tank tops on 110-degree days? What else are you supposed to wear, exactly? It’s 110 degrees.

By enforcing these dress codes in a targeted, sexualized way against girls, are schools themselves engaging in institutionally supported sexual harassment of female students? A lot of girls seem to feel this is the case, especially when the focus includes teachers who may find the girls clothing distracting. Yikes.

Our culture is acting like it’s girls’ jobs to be, basically, a visual void. Maybe school uniforms would be fine, if kids were actually choosing to wear them, but are schools giving kids that choice? At The Open School, our kids have yet to propose such a policy, though they are explicitly granted the power to decide school policies.

Is it really so criminal for kids to spend part of their childhood experimenting with their personal style and their relationship to clothing? Click To Tweet

The Open School also has clear guidelines regarding unwanted interactions between school members in general. We have rules against harassment and obstruction of activities, which apply to all members of the school, including staff members like me. We have a “Stop Rule” which says that if you tell someone to stop doing something to you, they have to stop. These rules are enforced by a justice system of peers, meaning they are collectively upheld by everyone in the community. Instead of learning learned helplessness, our students take it as read that they can speak truth to power.

You want your daughter to get a good education, and maybe “studying hard” still feels like a privilege for many women. But our daughters are entering a space where they are sexualized and their bodies and comfort are policed for the alleged educational benefit of male students and even adult teachers. And all kids are being increasingly trained to meet the expectations of others, via grades and state evaluations, rather than to pursue their own dreams and passions.

Meanwhile, we see cut after cut to extracurriculars, recess, humanities, and arts programs, and a push towards STEM fields where, despite getting higher grades on average than boys in school, women make up just about a quarter of a workforce rife with its own gender discrimination issues.

You can’t help your daughter make her way in this world by teaching her to keep her head down, be polite, and wear a polo. She doesn’t need to get with the program, she needs to get out of the program. She needs space to figure out who she is and how she’s going to fight for it when she has to. She needs real freedom.