No Squirrel Left Behind 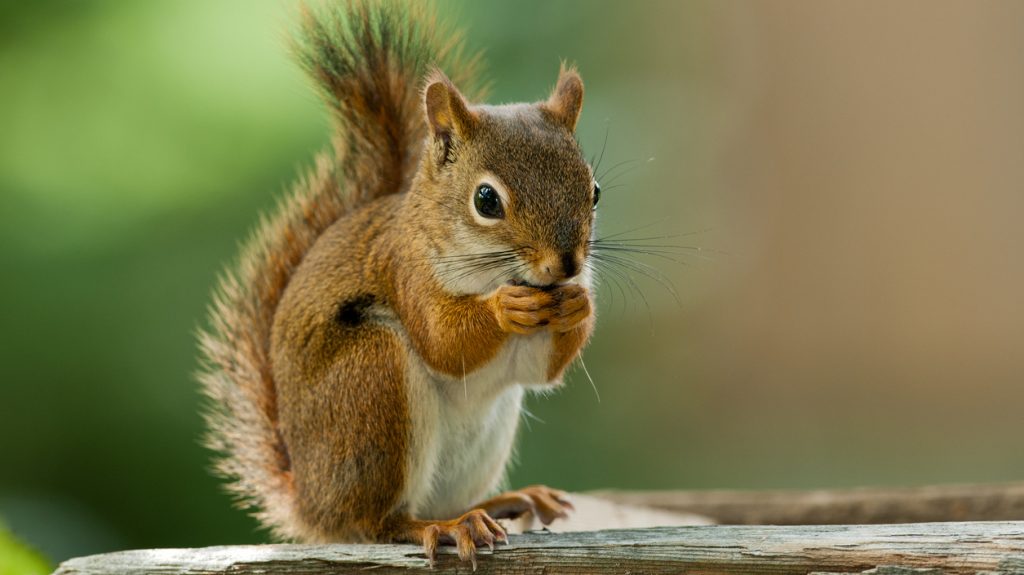 Naked, homeless, and illiterate: here is one species America has really let down.

On February 18, 2018, the U.S. Senate will vote on the No Squirrel Left Behind Act, a comprehensive measure to get the next generation of squirrels off the streets and allow them to become productive, functional members of society.

The act would require all squirrels living in the U.S. to attend special squirrel schools between the ages of 3 months and 24 months. Further, the act would establish workshops across the country where squirrels would be able to find employment after completing their schooling.

Young squirrels would be taken from their natural habitats and placed in “squirrel school” at 3 months of age, or after weaning, whichever comes first. “Weaning in squirrels is usually finished by 10 weeks of age,” says Dr. Tina Wu, a professor of biology at the University of Chicago, who has never studied squirrels in the wild but has read the Wikipedia article on squirrels. “However, a number of experiments have demonstrated that squirrels taken from their mothers at birth can be as productive or even more productive than their mother-raised peers.”

The primary function of these schools would be to train squirrels to lose their interest in things like running around and climbing trees, which are completely unproductive activities, says Mariah Acefield, New York Times bestselling author of The Squirrel Training Handbook. “Young squirrels have extreme difficulty sitting still and not darting around like maniacs. The ability of a squirrel to spend eight consecutive hours a day in productive labor requires focus which must be cultivated over a long period of time.”

According to Acefield, the young squirrels should be placed in cubicle-like structures in clusters of approximately 30 individuals, where they can be efficiently monitored by a single trainer. Any squirrel which leaves its cubicle or entices others to leave their cubicles must be punished immediately via electric shock, or, in states where shock training is illegal, the squirrel should be immediately placed in solitary confinement and denied food and water for a period of at least one hour.

Acefield recommends that squirrels should be given a simple task at first, such as cracking peanuts and depositing the nuts in bins beneath the cubicles. Each time a squirrel successfully deposits a nut, it should be rewarded with a clicking sound delivered to the ears by earbuds (so that its peers cannot hear the click). As the squirrel progresses through its schooling, it will become psychologically dependent on the clicks and will continue to work even after the threat of punishment is removed.

Critics of Acefield’s book have remarked that even after 21 months of intensive training, many squirrels are just not capable of sitting still and working on mind-numbing tasks for hours a day. However, Dr. Wu has had success with certain psychostimulants in increasing squirrel focus in her own laboratory work, and has actually published a study on the effects of Methylphenidate on productivity in squirrels [1].

No one has spent more time promoting the idea of squirrel schools than Senator Joseph Singer, who used to watch squirrels run around while he ate his lunch in the park. Singer was appalled when it occurred to him that squirrels spend their entire adult lives doing nothing but eating, sleeping, and playing.

“This is really about public service,” says Singer. “In a society which has come so far in integrating women, ethnic minorities, and people with disabilities, we have let these little critters down. It’s irresponsible for us as Americans to sit by and let the squirrels waste their lives away like this.”

Others disagree, arguing that while they support providing educational spaces for squirrels who want them, we should not compel them to attend. But PETA member Carlos Cordon notes that squirrels, unlike humans, cannot comprehend the long-term benefits of education.

“Squirrels are only capable of thinking about things that bring them immediate pleasure, such as building relationships with other squirrels, running around and getting exercise, and collecting food and storing it away for the winter,” explained Cordon at the 2017 Animal Rights National Conference. “Squirrels in a condition of freedom will always waste their time, causing progressive mental and moral degradation.”

“Squirrels are naturally free-range creatures, but after two years of schooling they will feel much more at home sitting all day in tiny workshops like civilized people,” explains Senator Singer. “Without thorough reconditioning at squirrel school, they would never tolerate such conditions. That’s why this act is so important.”