For my staff spotlight, I chose to interview Ben Page, one of the founders of The Open School. I first met Ben at an Open School event last year, and since then I have found him to be a person of deep insight. He also seems to have an endless capacity to do many different kinds of things. I’m not sure how there are enough hours in the day! 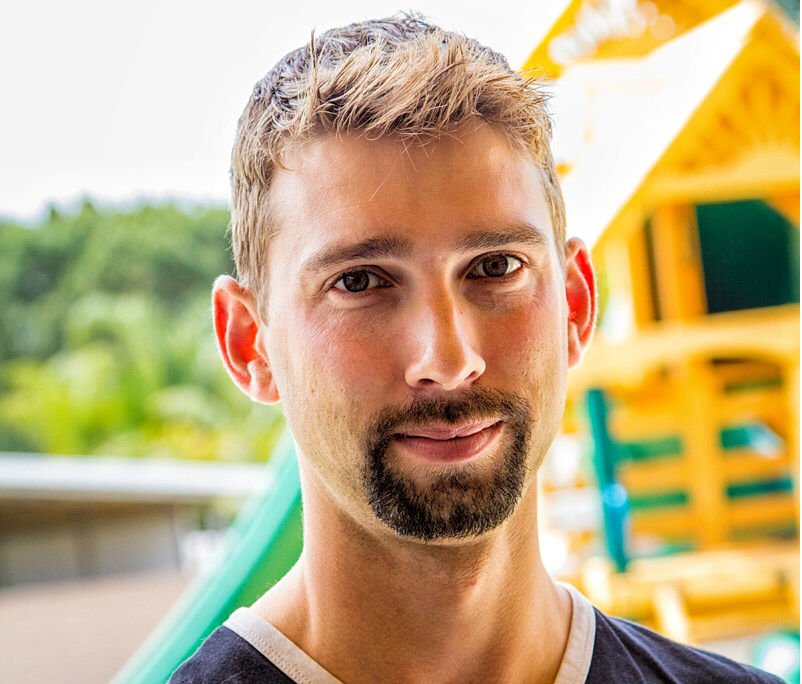 Tay: Something funny that I think a lot of people don’t know about you and me is that we both moved to Southern California from Massachusetts and worked at the same ice cream store before we met years later here at The Open School. What kind of journey was it for you to travel from the northeast to the southwest, and why did you do it?

Ben: After earning my undergraduate degree at Carleton, I resolved to move somewhere hot. The coldest day I spent in Minnesota was -68 degrees with windchill. I needed a change of scenery. I was originally offered a job as a screenwriter for a small production company, but quickly realized that Hollywood wasn’t for me. After having this realization, I decided to just stick around LA and see what would happen, which, as it turns out, wasn’t such a bad call.

The journey is one that continually illuminates how diverse our country is, which I believe enriches our democracy. I grew up under the influence of Thoreau, the minutemen, and the old world that is New England. It’s just a different mythology of what America means. I also notice how sarcastic and abrasive I can be because of my lineage in the Northeast, though Minnesotans found it more mystifying than Southern Californians.

Tay: You played a really important role in co-founding The Open School with Cassi, but you’re also super involved in the Forest Therapy movement (can I call it a movement?) and you teach in LA. I know all this work intersects for you in a bunch of interesting ways. Can you describe that?

Ben: It all centers around what I call non-coercive pedagogy (not sure if I made that term up or stole it from someone else). I have a deep conviction that we, ourselves, are our greatest teachers. Through direct experience, we may contact the wisdom and knowledge that is within us and this is more valuable than anyone else’s ideas or perceptions.

I also find that people are liberated from personal and cultural constraints when they are given freedom of expression, with express permission to do so. When we each bring our own unique medicine to the table, we learn to see reality with a more objective lens. Alone, we cannot perceive anything but a subjective perspective on reality. When we learn to listen from the heart and respect each other, we find a deeper, more meaningful relationship to ourselves and the world around us. This is at the heart of Council, Forest Therapy, and The Open School.

Tay: Was there a seminal experience that brought you to this kind of practice: democratic education, Forest Therapy, and other things most people have never even heard of?

Ben: It all started with Council, which became the topic of my graduate thesis. I apprenticed with and interviewed many elders and sat in many hundreds of hours of Council and I began to see my interconnectedness with the world. I learned how to listen, and how to see beyond my own perception. I learned that our stories matter and that they are also medicine for the world. This led me to see my role as a guide, not a teacher, counselor, or preacher. I found that the most effective way to create space for people to be themselves was to simply listen without judgment. And as I released myself from my own biases, I began to see that others responded by doing the same.

Tay: How has your thinking about what you do changed over time?

Ben: It’s always changing. I try to always come back to the present moment and ask, “What serves? Right here and right now, with these people?” I think I am more open to the idea of students running the school. I am more hands off. I am more confident in the model. I have greater conviction in the utility of freedom and that all children are good. I’m also more righteous now about the integrity of the democracy than ever before. Maybe it’s current events, or maybe it’s just my belief that our equality is the foundation of our respect and tolerance.

Tay: Do you have any icons or people whose work inspires you deeply? What are they doing that kind of blows your mind?

Tay: If you had to put your whole life in a parallel dimension where you’re still you but you couldn’t do any of the things you’re doing now, what would you do instead?

Ben: In one parallel dimension, I’d be a monk somewhere, living on a mountain and eating one meal a day, watching the clouds, appreciating the moment. Or, I’d be a tree somewhere, growing slowly and watching patiently. Or I’d be a tiger, doing whatever tigers do. Or… maybe a mushroom? I’ve always wanted to be a mushroom.