The Open School is the Real World

She waffled a bit more. She couldn’t make up her mind. That morning, Ben had announced that he would take the students on a field trip to the nature park. It was an optional trip, and about half of the students had decided to go. But before Ben had made his announcement, I had told Crystal that I would bake a cake with her today.

Crystal was suffering from indecision, an ailment that kids rarely get to experience in modern schools. She wanted to go to the nature park, and she wanted to bake a cake. But she couldn’t do both.

In fact, the problem goes much deeper. At The Open School, Crystal can choose not just one of two options; she can choose among the infinity of possibilities that the world holds. For her, choice is not just an exercise or a pedagogical trick. It is the essence of life.

“I’ll give you my juice box for one of your cookies.”

“What if I give you five Cheetos instead?”

The Open School is set up to imitate real the real world. There are two reasons for this: the first is the obvious one, and the second is the important one. The obvious reason is that, as educators, we are tasked with preparing students for the real world, and the best way to do that is to give them as much practice as possible. The important reason is that choice is awesome; democracy works, and humans love to be in control of their own lives. Any of us adults who had to live in a system in which our choices were limited by an overbearing authority would not be able to tolerate it for long. 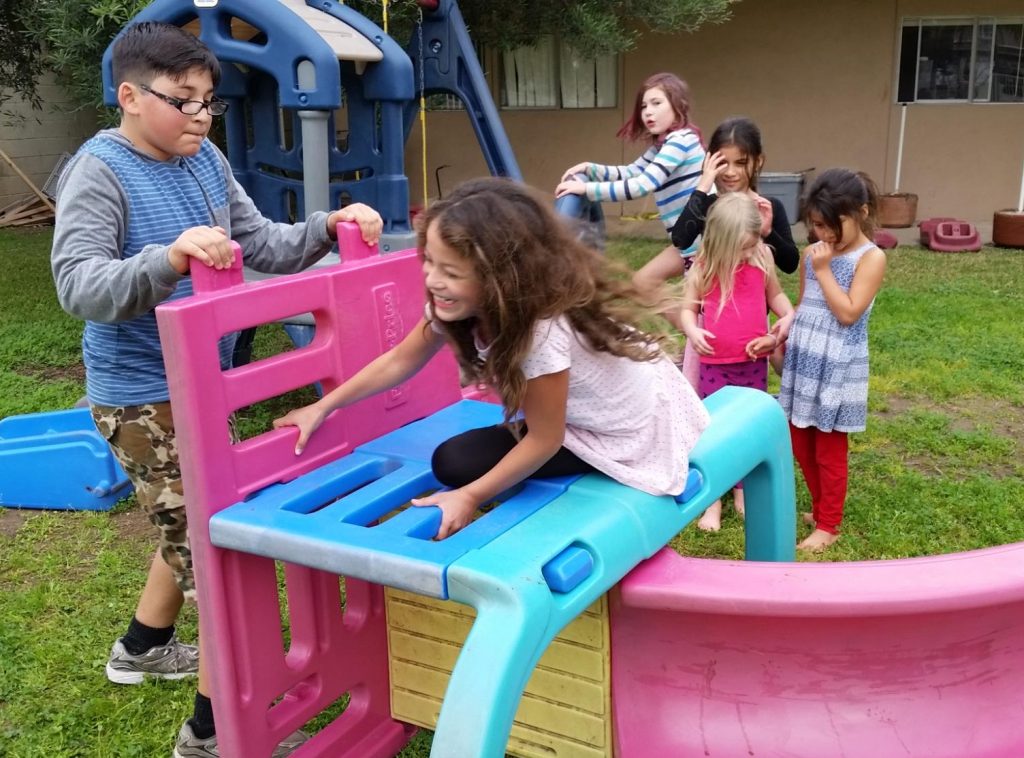 When people are allowed to self-organize (choose where to work, how to spend their money, and who to be friends with), they are motivated to be at their very best all the time. After all, no one will hire you if you’re unreliable. No one will buy your product if it doesn’t work. And no one will be your friend if you don’t treat your friends kindly.

This means that sometimes, kids will get rejected. Sometimes they will be left out and lonely. They will make something that nobody wants. They will fail. But we would do them no favors by protecting them from these experiences. Because if Crystal bakes a cake that nobody wants to eat, she will learn that she has baked it the wrong way, and therefore she has to try a different way next time. If Crystal calls her friend stupid, and the friend disowns her, she will learn not to call her friends stupid. Children thrive on these experiences. They pick themselves up and try again every time. They know that they have to in order to make it in this world.

When Crystal is an adult, in the “real world,” she will be glad that she was in the real world all along. The Open School is the real world.