Can She See Clearly Now?

The following was originally posted on Philly Free School’s blog and is reposted here with permission. Philly Free School in similar to The Open School as it follows the Sudbury model of democratic free schooling. 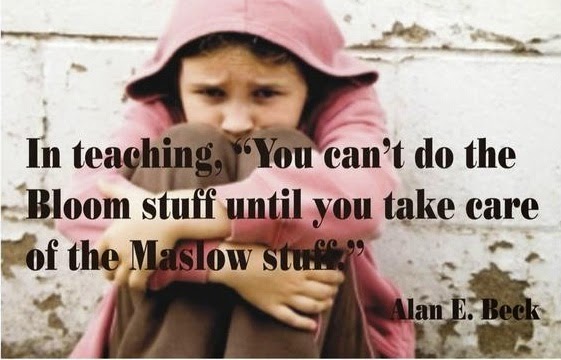 My friend recently posted a meme on his Facebook page declaring “Maslow before Bloom,” with the comment, “My teacher friends will get this!” The meme combines references to Maslow’s Hierarchy of Needs, which states that a person’s basic human needs must be met before one can begin addressing matters of the head and heart, and Bloom’s Taxonomy, which is a ranking system for educational goals. This idea isn’t new: a student’s fundamental well-being must be secure before educators can set objectives for her intellectual growth. Most teachers have witnessed the ways in which severe stress interferes with a student’s ability to learn, and this phenomenon is born out by research1. I have seen this at the Philly Free School. Some students arrive after very stressful experiences elsewhere, experiences that effectively shut the learning down.

Sometimes, it is simply clear that conventional school was not working, and the family casts about for something different. Other students are leaving situations that were truly awful. In some cases, the damage is so severe that the student’s mental health is disrupted2. The families are a bit like refugees escaping a storm, in the weather-beaten expressions they wear, the resilience they demonstrate in having found us, and the impressive courage and imagination they show in fashioning shelter for their tempest-tossed child. The student, often a teen, is typically wary, distrusting the claims we make about the freedom she will have at our school. The parents, on the other hand, are in crisis mode and need an escape hatch quickly. They are seeking reassurance that their child will be safe– emotionally, physically, and intellectually. For parents, the essentials from these foundational levels of the pyramid need to be supplied by any new school situation. When they believe that PFS can do this, they sign up. They are eager for the hurting to stop and the healing to begin.

They are eager for the hurting to stop and the healing to begin. 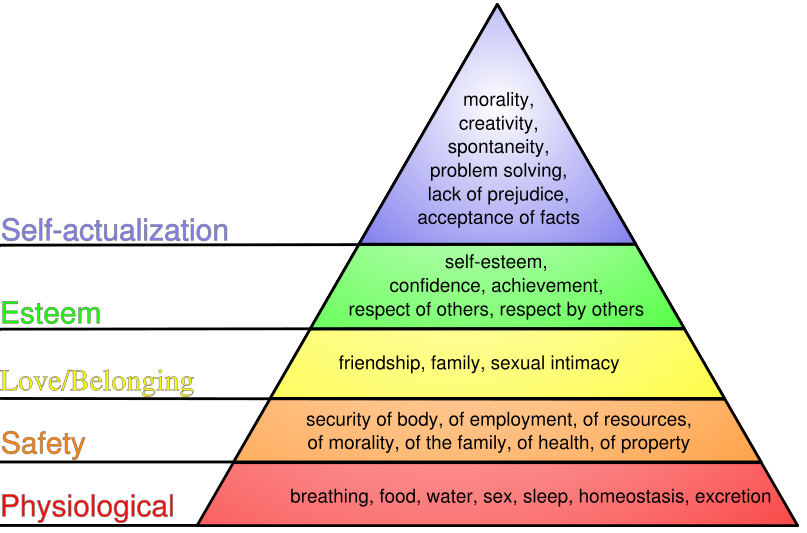 And it does. Kids who wash ashore at PFS from unpleasant previous experiences are free to detox in whatever way they need. Some sleep on the sofas at school– a lot. Some break rules to test the claims of freedom and accountability made during the admissions process. Some keep to themselves for months, diving into books or tablets or handicrafts. Eventually, the storm clouds begin to clear. Time and trust are immensely powerful healing agents. When the community continues to greet them each day and stay out of their way, while maintaining the joyful business (busy-ness) of the school all around them, it works as a stabilizer. The skittish storm survivor, stretched out on a sofa watching YouTube, watches staff people closely, expecting hints of reproach or judgement. When none arrives, she settles a little bit more into her new (old) skin.

At some point, when they feel safe enough, they begin to join in. Sometimes they start by sitting in on Judicial Committee or School Meeting, lurking in the wings, not voting or discussing, just observing. Other times they begin by tentatively reaching out to an age peer, usually another castaway who shows signs of being responsive, but not demanding. After weeks of small chit chat, they might trek to the corner pizza place together. Ah, friends! Remember those? Occasionally they will head down to the basement, which is our school’s rambunctious play zone, and before you know it, they are knee deep in a game of Hide and Go Seek in the Dark, or a wrestling match, or an improv session in the music room. It makes my heart sing to walk by the mat room and catch a glimpse of a recently enrolled teen whooping it up with a gaggle of 5, 7 and 9 year olds. 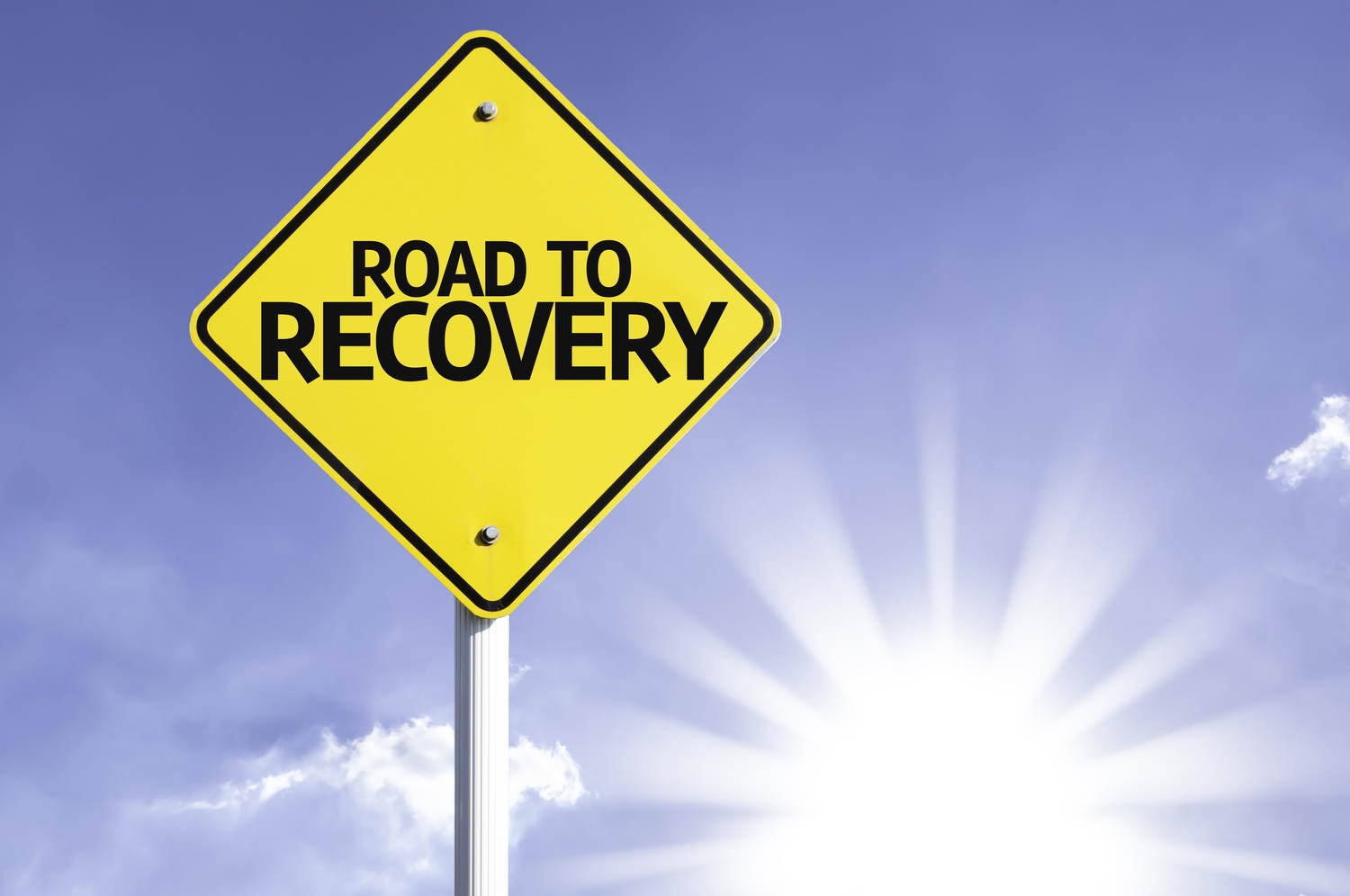 This clearing of the skies often occurs at home, too. After a few months at PFS, the parent of one teen reported: “She says I love you to me again!” The silence and moodiness that parents experience when their teen is in a school that is not working contributes to the feeling of being battered by a storm. When the teen begins healing, it is as if sunshine is peeking through. Inside the defensive teen, the open, younger child reemerges, and the parents recognize her again. The nightly battles over homework, which used to consume the bulk of the time they had to spend together, are replaced by an easy banter. The student might not share the secrets of her soul right away, but the parents can see the storm clouds lifting, and peace returns to a household where fighting and worry used to dominate. The parents feel vindicated that, indeed, their kid is alright.

This is where continuity is needed. The gifts of time and trust work slowly, incrementally, like a tiny stream eroding a centuries old rock. You can’t point to the moment it occurred, or the action that caused it, but suddenly a crevice exists where none was before. The student has begun to return to her former self– lively, open, joyful. Because the process is so gradual, sometimes the family suffers a form of amnesia, where they forget the storm they just escaped. The parents, and sometimes the students themselves, are so relieved that they occasionally forget the elements that brought about this transition, and they begin talking about returning  from whence they came. They suggest they not return to PFS the following year, or, sometimes, break their commitment to see this school year through, because there is no longer anything “wrong.” 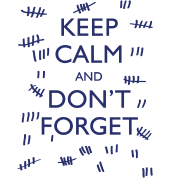 Why does she still need this wacky school? She’s fine! How can they explain this odd educational choice to their relatives, neighbors, and colleges, now that she is once again a typical kid? The teen is faced with, and often a party to, returning to the same unhealthy environment she so recently escaped. Or the family proposes a switch to yet another educational setting. Whatever that new option is– a different private school, a cyber charter, homeschooling– I posit that it is unlikely to provide the time and trust, the personal freedom and community responsibility, that worked so well at PFS. While still recovering, just emerging from the storm shelter, the teen is faced with navigating a huge transition to another environment, with new demands, different staff, and unknown students. This undercuts the healing process, and throws the teen headlong into another gale force wind before she has even found her footing.

This juncture is perhaps the hardest one for the family, maybe even harder than deciding to enroll the student in the first place. The family’s trust, in both the young person and in the school, is put to a new test. What the student needs more than anything at this point is continuity. The storm that she survived in the other environment was like a tornado that devastated the land. She is working hard to reestablish the healthy layer of rich, protective topsoil so she can plant new crops. Leaving after only a year or so deprives her of the chance to reap the harvest of her efforts. Given continuity, the farmer gets to enjoy some of the fruits of her labor, even while the planting continues into new seasons. 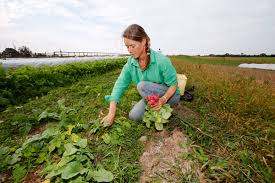 A young person who has been through a difficult school experience is just becoming reacquainted with herself, and needs time to discover what she wants to do with her life, and how she will get it. Grappling with what she might choose might be the most terrifying thing for the student and her parents. Allowing her to remain, in a healthier state, means allowing her imagination to call the shots on what she will do with her time and talents… destination unknown. This is an act of true courage.

Many young people who come to PFS are only just emerging from the “Maslow stuff.” They need more time, and more trust, so that they can take on the “Bloom’s stuff.” Continuity works a powerful magic that the student needs in her bag of tricks. As Tolstoy put it in War and Peace, “The strongest of all warriors are these two — Time and Patience.” I always hope that families will hold on, hang in there, and allow the young person to stay at PFS, which is uniquely suited to support them in this kind of important work.

1 “Many studies have confirmed that both working memory and long-term memory are inhibited by stress. Working memory is a term for the “capacity of attention that holds in mind the facts essential for completing a given task or problem. Stress sabotages the ability of the prefrontal lobe to maintain working memory.”” (Goleman, Daniel.Emotional Intelligence, Bantam Books, p. 27, 1997.)

2 Evidence that the mental health of young people has declined dramatically recently, and school as a significant factor in this decline, can be found here.