Today I’m interviewing Open School staff member Tay Arrow. Tay grew up in the Boston area and graduated from Sudbury Valley School, the school that originally developed the model on which The Open School is based. Tay has also spent 3 years working at Sudbury Valley School as a staff, and their experiences there have been an asset to The Open School. Apart from that, they have studied literature at Northeastern University and Prifysgol Cymru Aberystwyth, attaining a BA and an MA with distinction. They are currently a single parent of two young boys. 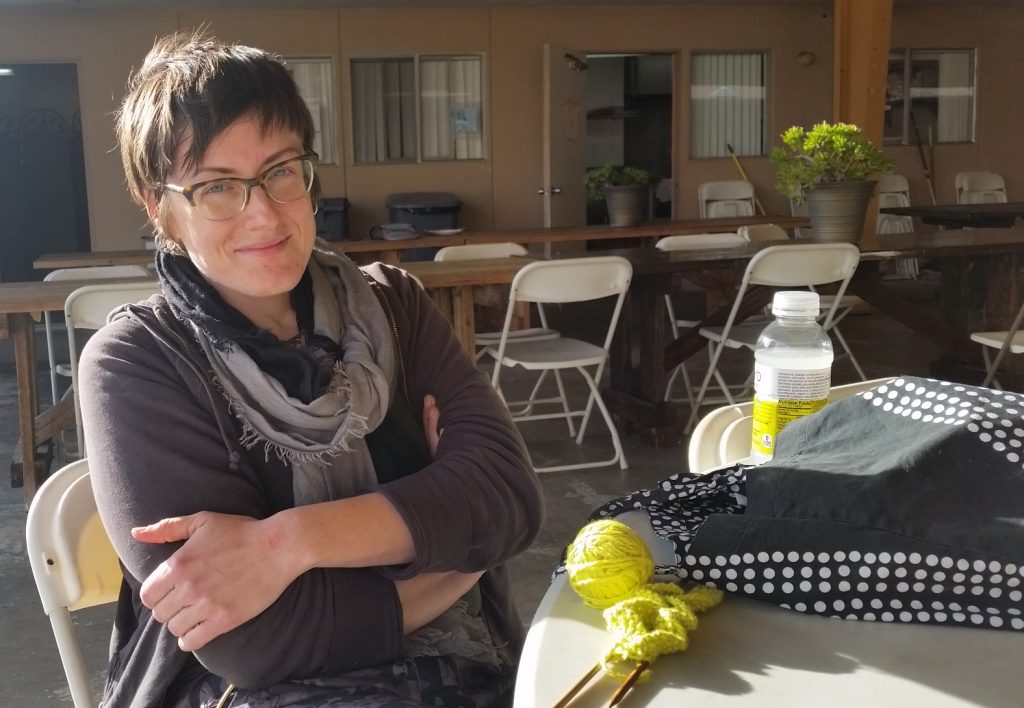 Why did you come to be a staff at The Open School?

When I moved to California from Massachusetts, I got in touch with various people who were involved in Sudbury schools, because I wanted to send my kids to one eventually. It was mostly just a way to make friends with people who shared similar values with me. I sort of knew Cassi from mailing lists. But at the time I wasn’t looking for a job.

So why did you choose to become a staff?

Cassi asked me. I lived really far away, so it was kind of a long shot. But I was like, actually that would be something I’d totally be interested in doing. I came and did a visiting week at the end of the school year last year, and really liked all the kids, and it seemed like a good thing, so I started at the beginning of this year.

How has your experience as a staff at Sudbury Valley School shaped you?

It made me more neurotic. I think people often have an idealized way of looking at this kind of work, like it’s going to be so free and you’re going to do whatever you want all the time. But being there as a staff, I realized how much care has to be taken to be super aware of where all the kids are all the time, and to be super aware of every single dangerous thing on campus at all times.

But at Sudbury Valley, you can’t be aware of every student all the time. There’s like 200 of them.

But you sort of have to anyway, because Sudbury Valley has a pond with no fence around it, so there’s an open body of water with no lifeguard or anything. And there’s an ungated path into a state park that has unmarked trails into private property. There are tons of teenagers who are new to the school and don’t know the rules, and they’re like, oh boy, I’m an extremely wild teenager who wasn’t doing well in public school, and here’s this school where I can do whatever I want. And they don’t realize it’s somebody’s back yard.

Every time there’s a new kid between the ages of five and eight you’re constantly watching the pond. There are at least three staff who are trying to constantly keep an eye on the pond. It’s so much worse than having a highway. It’s this huge body of water that’s muddy and full of snapping turtles and frogs and all kinds of cool animals. Even just putting your toe in the pond was an automatic one-day suspension. As a kid going to the school, I was like, this is great, I’ll just do whatever. But as an adult who’s actually going to be in trouble if anything happens, it was kind of terrifying. I think taking on the scariness of that was something I was kind of surprised by. I was still pretty young when I worked there, and I didn’t get how intense it was going to be. I also wasn’t a parent yet, so I didn’t have that ingrained parent hypervigilance that people get when they have kids, when they’re like, there’s a staple on the ground over there, my child might eat it or something.

Being a staff at Sudbury Valley also taught me how to leave certain things alone. There are things that adults are tempted to meddle in, and I discovered that there are some things that are good to meddle in and some things that are not so good to meddle in. Like, if we were to totally ban all swearing, it would become something that the kids have to do when the adults aren’t looking, and it would become nasty and more sinister. Also the adults would become more like enforcers and less like equals. Ultimately we want a greater sense of equality, and less of a sense that anyone who’s tall is a cop. And we want to have kids standing up for themselves, like, you’re not allowed to talk to me like that, you’re not allowed to call me names, rather than being like, all swearing is automatically bad, since that doesn’t necessarily make sense. Most kids get that by the time they’re at least seven or so, that it’s not okay to swear in front of your grandmother, but maybe you can do it in front of your best friend while you’re playing Minecraft.

What is something unique that you contribute to The Open School?

I love managing the law book. I don’t know why I like doing it. For some reason I find a lot of reward in doing annoying tedious tasks. All of my hobbies are things that most people would find extremely tedious, like doing seed-stitch beading — making things out of tiny, tiny beads that form into pictures. And I like knitting. I usually use size zero through quadruple zero needles, which are basically sewing needles. I like learning endangered languages. And not just a couple endangered languages, but like fifty at once. I like climbing mountains that are like 10,000 feet high.

If you were a student at The Open School right now instead of a staff, what would you be doing?

I would probably be working on a gigantic beaded mural of a mountain or something. I’d probably also still be doing lots of committees and stuff like that. When I was in college I was also very committee-oriented. I did like twenty-five student groups in any given year. That’s apparently a typical Sudbury Valley School student thing, to do a double course load and be in every student group that’s even tangentially related to my major.