It all started when Chad and I decided to play Magic at school. I’m talking about Magic: the Gathering, the ridiculously popular fantasy strategy card game. I’ve played the game since I was a kid, so when I became a staff at The Open School a few weeks ago, I was delighted to find a student here who liked to play. So why not? Chad and I played at school.

What happened next was entirely predictable. After all, the same thing happened at my school when I was a kid: pretty soon, everyone wanted to play. The difference is that at my old school we had to play before the first bell, in the tiny cracks in our otherwise perfectly-scheduled lives. Meanwhile, at The Open School, we can play whenever we want, for as long as we want.

So pretty soon kids were crowding around the table. “Can I play? Can I play?” I tried to make room, and time in my days, to include as many people as I could. Some kids played one game and moved on with their lives. Others, who were too young to understand the complex rules but nonetheless wanted to engross themselves in a fantasy world, invented their own rules on the fly. Still others have become serious players. 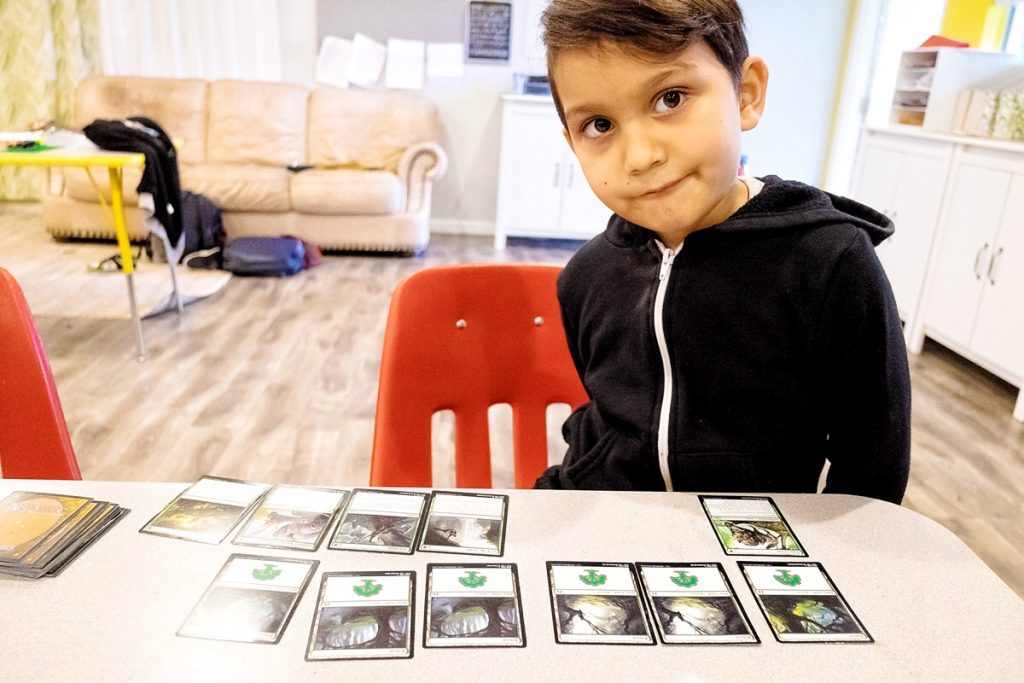 Having been a Magic player for most of my life, I know the tremendous amount of learning that takes place during your average game. But today, as an adult playing with kids, I can see it in a new light. Magic is, at its heart, a math game. Playing a turn requires you to add up damage, subtract it from your life total, and occasionally add multipliers. You have to make difficult trade-offs (“Should I do 5 damage now, or play a creature which can do 2 damage every turn from now on?”) Even after so many years, I sometimes run into a complicated scenario in which I get a headache trying to figure out the optimal strategy. 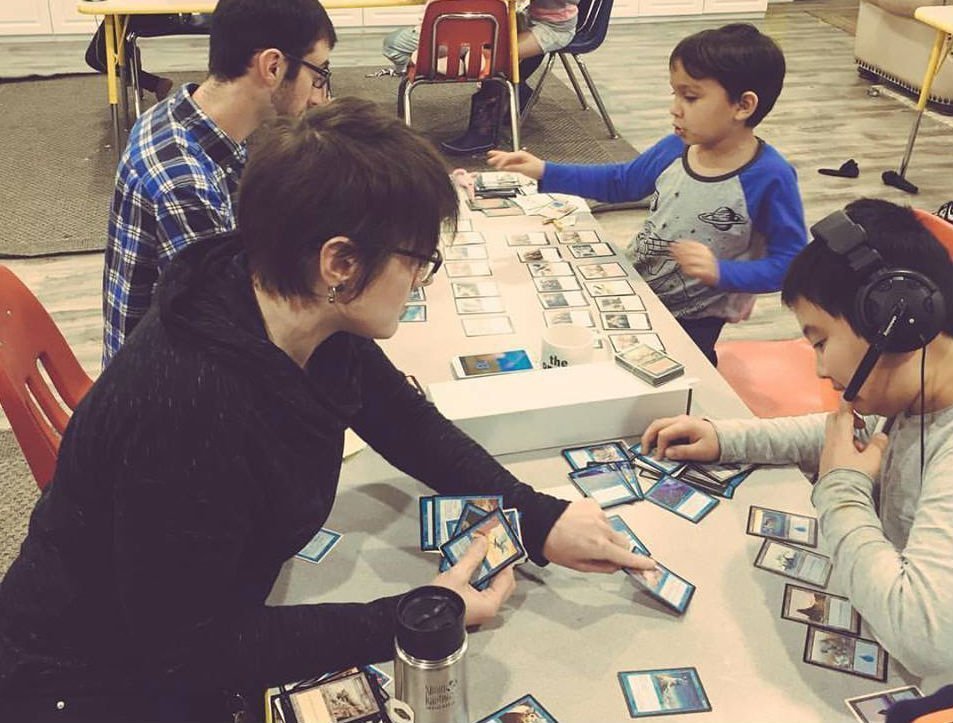 Magic is very similar to computer programming. The creators of the game are themselves computer programmers. The game’s lingo is littered with programming jargon. The instructions on the cards are written very precisely so that no one can ever disagree about what they mean. This kind of precision is necessary if you want a computer to be able to play (and computers can play). At the same time, the cards are full of rich, descriptive vocabulary words that most kids wouldn’t see anywhere else. 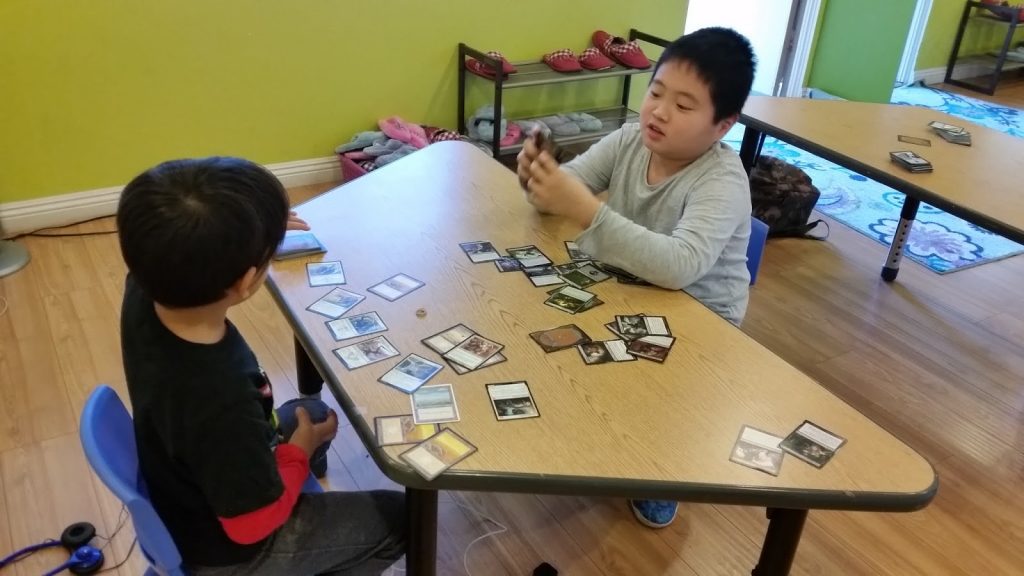 If you wanted to design an “educational” game that helped to build kids’ math skills, language skills, and analytical and creative problem solving skills, you couldn’t design a better game than Magic. The beauty of Magic is that it’s not supposed to be educational; it’s just supposed to be fun. And that exactly is the beauty of The Open School.